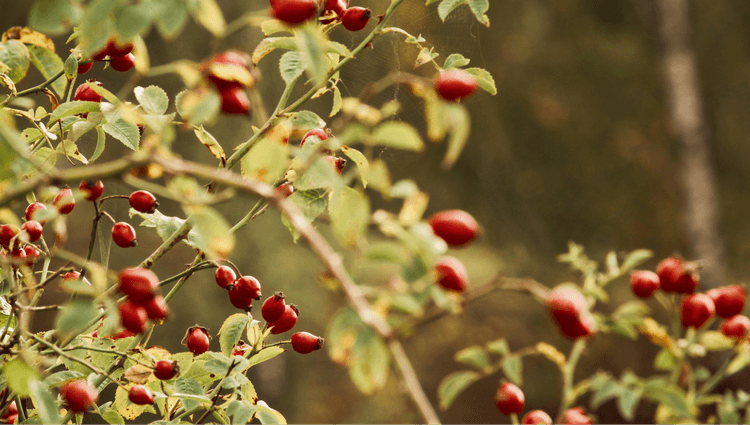 Question: I have read that rose hip seeds contain cyanide, is it truly safe to consume the tea with ground seeds?

Some species of Rosaceae family do contain a small amount of cyanide. However, I can find no reference in any scientific journals stating that rose hip (Rosa canina) seeds are toxic.

Not consuming rose hips would be a little like saying “don’t eat apples” because their seeds contain cyanide too.

Ray Mears in his “Wild Food” book mentions on page 189 that Rosaceae “…protect their fruits and seeds (particularly the kernels of their fruit stones) by lacing them with compounds called cyanogenic glycosides that release cyanide as soon as any cells are damaged…”.

But Mears is talking in general here as he is referring to the whole of the Rosaceae family, rather than one species.

Thomas J. Elpel on page 101 in his book “Botany in a Day” states “…the seeds are nutritious too and should be eaten.”

A reader picked Elpel up on this claim (again he lists no scientific reference to their edibility), saying “I’ve always been told (by at least one well-renowned primitive skills instructor) that they are inedible or even poisonous.”

Elpel replies on his website, “In twenty years I’ve never come across any reference to the seeds of rose hips being poisonous, except that they are hairy and could potentially become a choking hazard”.

It is easy to make a statement of fact based on one’s own personal experience. Does that mean you can trust the information?

That depends, and as I have previously written, you need to proceed with caution when eating any wild food.

As far as I am concerned my family and I have no problem making a rose hip tea which includes rose hip seeds.

So what does the science say?

Well, there is a considerable reference to the Rosa canina seeds being nutritious and used for the treatment of chronic pain.

One would think that if rose hip seeds wherein anyway toxic, that it would have been made very clear in the scientific research.

At the end of the day, you have to decide whether to try a wild food or not.

Rosehip – Its Food, Medicine and Other Uses

You’ll learn the parts used as food and medicine, harvest time, recipes, nutrition and other ways humans use this amazing plant… Click here to find out more.