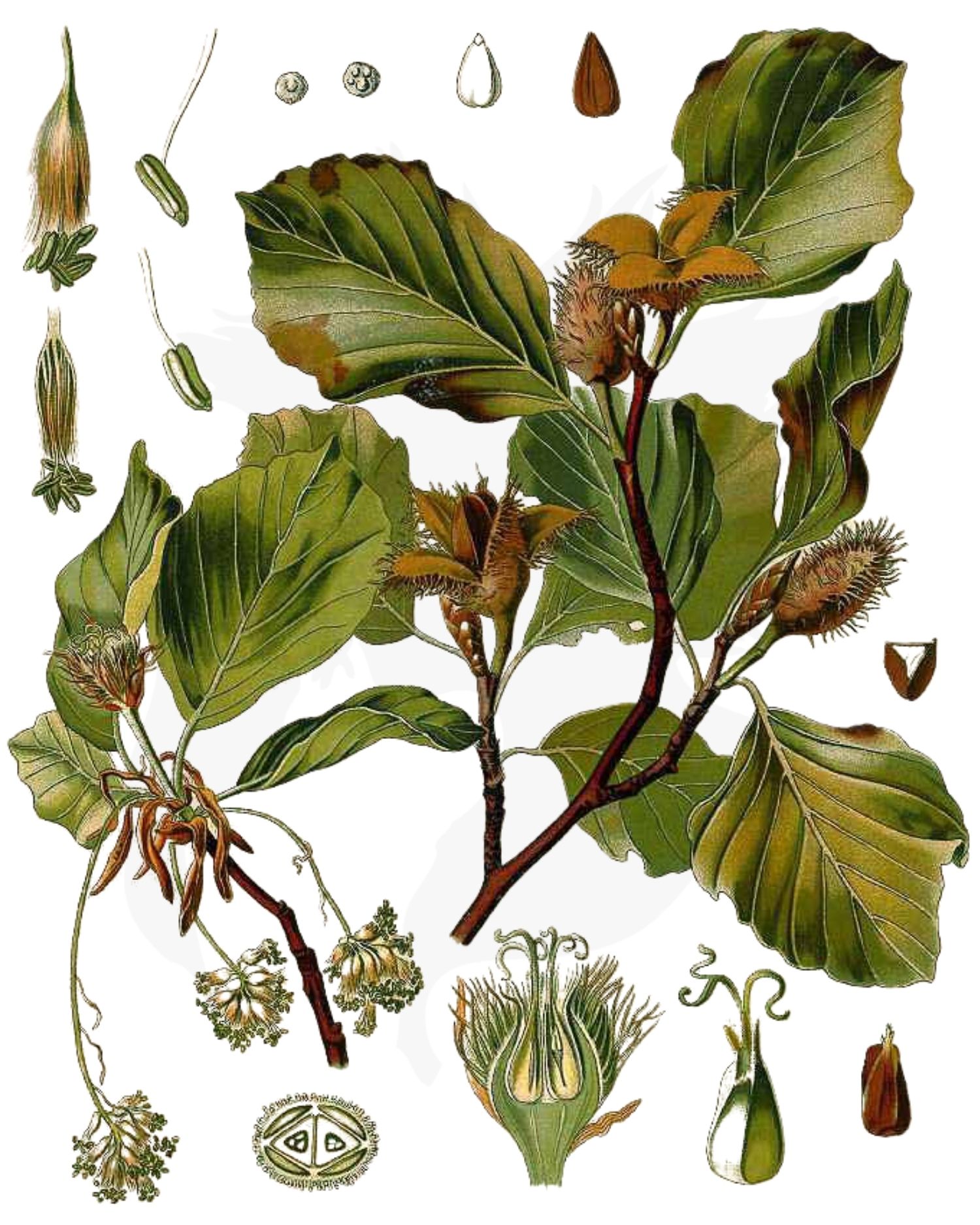 Beech (Fagus sylvatica) is a woodland native belonging to the same family as oak and chestnut.

The fruits, called beech nuts, are the most popular edible part of the plant.

The astringent properties of the bark were used in folk medicine.

Beech trees have smooth, grey bark and bright green, oval leaves with wavy, hairy margins. The fruits contain one or two shiny, brown nuts. Male flowers are numerous and tassel-like, and female flowers are displayed in pairs of erect clusters. The tree grows to about 40-140 ft.

The ancient Greeks believed that beechnuts or ‘mast’ were the first food eaten by humans. The nuts are edible but should not be eaten in large quantities (see Cautions). The leaves have also been eaten as a salad vegetable.

Beech bark is thought to be astringent but few data suggest other nutritional properties.

Beech has been used in many healing rituals since ancient times, but traditionally the tree was a remedy for minor ailments such as boils, piles and other skin complaints. These uses may be due to the bark’s astringent effect.

The wood has been used to make furniture, bowls, baskets and kitchen utensils. Tar from the timber can be used to make creosote.

Excessive consumption of raw nuts may cause poisoning. The tree is best avoided in food and medicine when pregnant or breastfeeding.