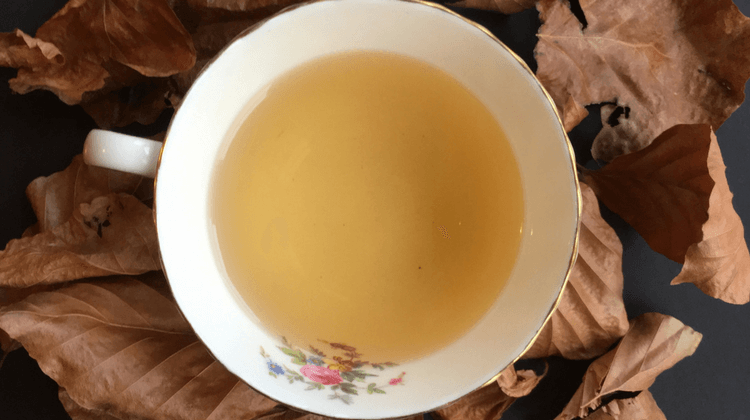 It’s been a chilly old Winter this year, and I trust you have had lovely festivities over the past couple of weeks.

Winter is an exciting time for me as a forager. While others bemoan the decline in wild edible plants, I, on the other hand, get all excited wondering what I can find and what I can prepare from the limited availability out on the land.

A couple of days ago, as I was taking the grand-urchins outside to play, my eyes took in the beauty of the ‘skeleton trees’ against the grey sky, and the patterns and shapes they make.

Senses open up when I do this. And I love the natural form and structure devoid of any human mingling. Natural art right in front of us.

From the corner of my eye, I noticed some honey-golden beech leaves on a hedge and was immediately taken back to working with chef Paul Wedgwood in Edinburgh back in 2013.

Paul & Lisa own Wedgwood The Restaurant which was voted restaurant of the year outside London in 2016, leaving 10 Michelin chefs in the dust. So no mediocrity there then!

At our event, Paul had served up a broth, well actually it was more like a Japanese Dashi.

Dashi is a very simple stock usually made from water, dried kelp and bonito fish flakes.

So it was this ‘memory whisper’ creeping in through my mind that made me pay a bit more attention to the Beech (Fagus sylvatica) I was walking past than I usually would.

Something was tugging at me to gather some of the leaves and simply plop them into hot water.

And so I did just that, while at the same time accidentally adding a couple of pine shoots that had inadvertently got mixed in with my leaves.

Although the resulting beverage was delicious, I wanted to try the leaves on their own. That tugging was just getting more forceful.

So yesterday I went out with my camera, gathering bags and my trusty secateurs, a fancy name for pruning clippers.

I gathered Mahonia flowers, Monterey pine shoots, and also a nice bag of dried Beech leaves direct from the plant.

I’m wary of gathering straight from the forest floor, particularly in urban environments, due to the amount of domestic pet waste that seems to litter the environment.

The joy of skipping and kicking the dead leaves these days is more a hazard than when I was a boy!

So leaves in hand, I returned to my kitchen. I tested various steeping times and came to a happy balance, where the flavours came through by using 5 grams of leaves and 500ml of boiling water.

I allowed the brew to infuse for 15 minutes, and the flavours (and colour) really came out. Less time than that and you won’t experience the true delights of this slightly off-beat beech leaf recipe.

Next time I think I will try 3 grams of leaves, and allow the concoction to steep for 25 minutes.

To me, the flavours are reminiscent of sencha tea a type of Japanese ryokucha.

Someone asked me yesterday if there is any historical evidence of using beech leaves in this way. So I dug around and found a few references to a tea being brewed like this, but as a medicine.

If you think of traditional black or green teas, the flavours are developed as a result of oxidation/fermentation.

For some reason, I have a niggling in the back of my mind of someone mentioning that winter leaves left on the tree go through a similar process.

I have no evidence for this, but it is definitely something worth exploring.

Using brown dried leaves from Beech does come with some warnings, however. In the past, the plant has been used as an abortifacient, so if you are pregnant do not try this. Also, there are tannins in the leaves which give its flavour, so if you are susceptible to kidney problems, please avoid this recipe.

Although I am not your Mother, you need to know that this is very much an experimental recipe and one you try at your own risk.