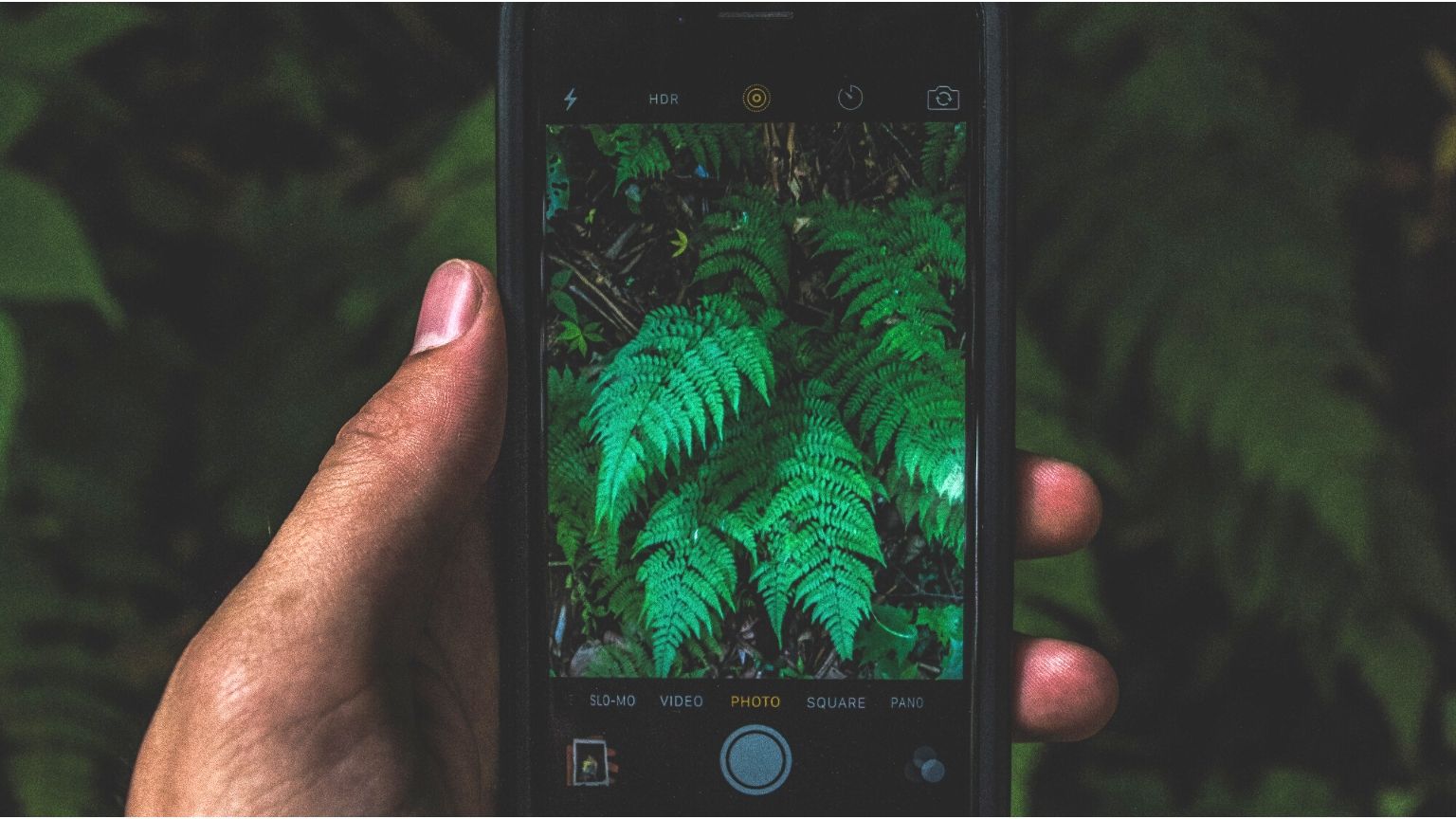 I love plant ID apps. I really do.

They have been so helpful when I have been overseas trying to get to grips with the local flora and unable to find a plant guide.

They do, however, come with a caveat.

DO NOT RELY ON THEM.

They are just a starting point. A ‘best guess’.

And they can be really useful as a first step.

Only as a first step!

“Plant ID/foraging apps – I hope that none of you are using these now… If you have one of these apps on your phone then I highly recommend that you delete it!”

Although I understood where my friend was coming from, I got immediately ‘plugged in’.

You don’t stop a child hurting themselves from climbing a tree by banning tree climbing.

You teach them how to climb a tree and make it very clear what the dangers are.

You teach them respect and awareness of the context they find themselves in. In this instance tree climbing.

Likewise, you don’t ban cars because some people drive dangerously and occasionally someone gets killed.

Instead, you teach people how to drive safely and you point out the dangers.

It is the same with plant identification apps.

You don’t tell people to delete them from their phones or start a crusade against them.

You teach people how to use them.

They are not going away, so it is far better to embrace the new technology than ’tilt at windmills’. As my friend Marc Williams says:

It’s not either-or but both and more.

Plant ID apps are just one small part of a ‘botanical toolkit’. They serve a very real purpose for recording the biodiversity of planet earth. I’ll be writing about this aspect in a future article.

It is the minority, the very small minority who will and always will throw rationality and caution, to the wind.

I have a saying:

The ecosystem takes out stupid people.

If you don’t adhere to basic protocols when foraging you can hurt yourself.

Maybe as foraging teachers we just flat out need to throw in the towel and just quit?

I mean how irresponsible to teach foraging because someone, somewhere is going to hurt themselves.

Law of averages it’s going to happen. Has happened.

Do we ban foraging because a tiny minority of people are just foolhardy?

No, instead we teach people how to forage safely while at the same time pointing out the (very real) dangers that exist.

Teaching respect for the natural world without instilling fear.

Call me old fashioned, but when I grew up as a child I learnt:

I was taught to respect the tool or activity I was using or engaged in.

I wasn’t stopped or the tool taken off me. I was simply taught to ‘respect the context’.

So I replied to my friend:

If we twitch every time someone does something stupid and irrational you’ll be policing the planet for eternity, “for their own good”.

And I meant it.

So how, as foraging teachers, do we teach people without becoming ‘surrogate parents’?

How do we ‘teach empowerment’ rather than ‘teach dependency’.

I’ve always joked that if someone comes back to a foraging course of mine, then I haven’t done my job.

I’m obviously being flippant. Something I am very good at.

But there is a serious message in that statement.

As foraging teachers, we are ultimately doing ourselves out of a job.

Why, because a good teacher not only teaches the subject to hand but also teaches critical thinking skills.

Rather than continually answer every question, a good teacher will gently encourage the student to try and find the answer themselves. Come to their own conclusions. Answer their own questions.

This can never happen while the student is spoon-fed answers every time they ask a question.

That is the path to dependency. And it is an epidemic in our culture.

The culture teaches us to be like this from cradle to grave.

As teachers, we need to resist this with every fibre of our being.

In Buddhism, quite often, if you ask a monk a question they will gently pass it back to you.

They will teach you how to develop ‘insight’.

So you become your own Buddha. No need for the temple. The rituals. The teacher. The guru.

As teachers, we need to be liberators. Encourage people to become more self-reliant and independent NOT more dependent and reliant on us.

So how do we do this?

You teach people how to forage safely while pointing out the potential dangers.

And the very first rule is:

Break the rule. Face the consequences.

Break the rule of gravity. Try and jump off a 500-foot cliff without a parachute or anything beneath you to break your fall (like a tree). You will face very real consequences.

That’s not spreading fear. It’s pointing out the obvious. It’s not a ‘possible’ its a certainty. It’s not a belief. It’s a fact.

So what does this have to do with plant identification apps?

Rather than tell people to never use them and to delete them from their phones.

Be a responsible teacher and use logic like this:

To try and molly-coddle everyone who chooses to break this rule means you will always be in distress.

The evidence is in… some people will take very stupid risks with their life.

There are people who will still nibble and eat poisonous and toxic plants.

Usually, because they think ‘nature is a supermarket’ and conforms to the same rules. It doesn’t.

I have had people on my foraging courses gleefully announce that they have nibbled on loads of plants without knowing what they were and have come to no harm.

And my reply is always:

It’s just a matter of time.

I have people in my customer only Facebook group declare they have nibbled and eaten plants without knowing what they are.

They have broken the golden rule:

And because plant identification apps are not 100% accurate.

DO NOT rely on them.

They are just a starting point. A ‘best guess’.

Another friend chimed into a similar “don’t use plant ID apps” discussion, by saying:

When you use a book, you know it’s down to you because you make the final ID choice. When you use an app, the app makes the choice. There is a psychological difference in trusting the outcome.

I kind of agreed with her, I saw her point, so replied:

Dunno about that. Apps usually give you a selection with a ‘best guess’ at the top, so the decision is still up to the person.

Either way, the point is, you will never be 100% certain that the plant ID app you use will be 100% accurate in the results it returns.

Plant ID apps are just a ‘best guess’ ipso facto you cannot be absolutely certain they have identified a plant with 100% accuracy.

Read that again. Let it sink in.

So you have to explore deeper. Only use the plant ID app as a ‘best guess’, then get off your screen and the internet and open a real, physical book called a Wild Flower Key.

Yes, it will take work. There is no rush. Start slow and increase and deepen your botanical knowledge one plant at a time.