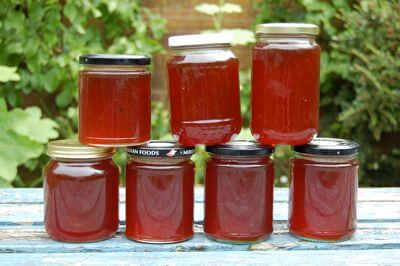 The glut of Cherry Plums (Prunus cerasifera) this year is astounding. In fact most of the wild fruit coming out, or just about to, reminds me yet again, that Nature is truly abundant. A simple observation of my local environment makes this self evident.

One thing I have learnt from foraging wild food, is that Nature continually gives, and gives. Of course dry periods exist, but on the whole over a year, there is an abundance of food to be had from the hedgerow larder.

This observation allows me to relax into my life. It takes the concern that sometimes crops up over not having enough money or stuff etc. This is a 180 degree flip from how I used to live my life before foraging. Before I lived a fear-based life, bashing my head out over making money, needing status symbols, needing some fixed point on so-called security. Instead, when I walked away from my old life, I went into Nature and Nature healed me. For a second time… Phew, it was a close one!

In modern times we have a fear of Nature, a reticence to trust her and a desperate need to control and commodify the landbase. And we wonder why we have brought our own existence to the edge of a cliff. But the solution, as I see it, is to go back into Nature, to observe, and with what we learn create a better world, one that works with Nature, rather than against her. In mutual co-existence instead of dominance.

And now after all that pondering, it is time to give you my Cherry Plum Jam Recipe… Enjoy.