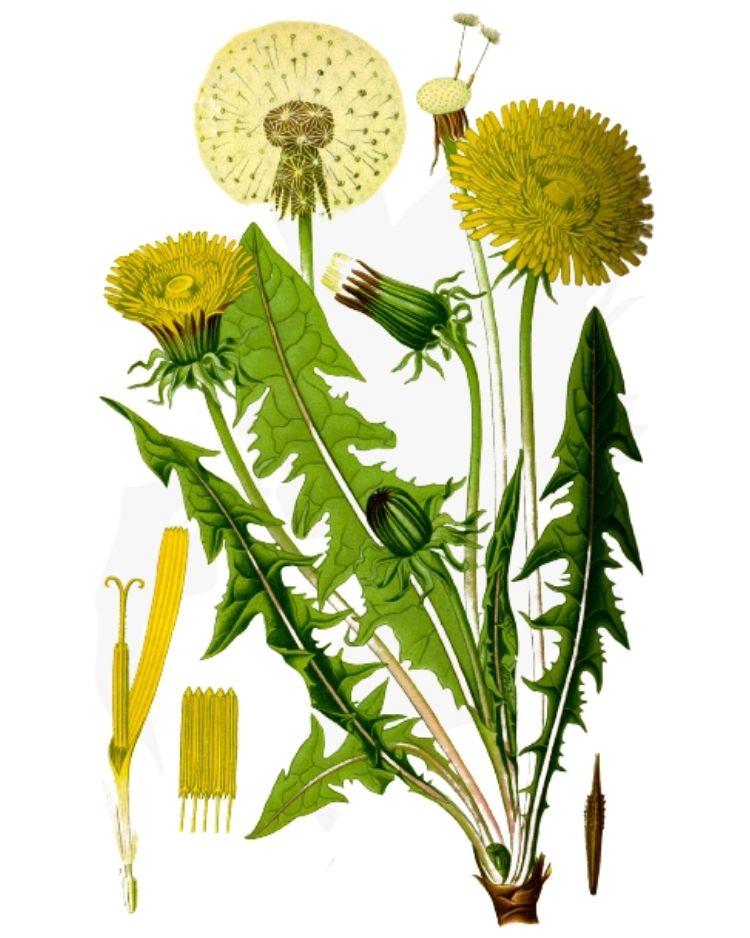 Dandelion grows abundantly in many parks and gardens. This easily recognisable weed was once a cure-all of herbal medicine and is still popular in food and drink.

Bright yellow composite flowers crown an erect stem (up to 1-30 cm) emerging from a rosette of large jagged, green leaves. Older plants have a long tapering white root and younger plants have thinner roots and rhizomes.

Native to many temperate parts of the world, they are found growing in gardens, parks, lawns, roadsides, waysides, meadows, fields, orchards and woodlands.

Dandelion-and-burdock is a popular fizzy drink made in the north of England. The  root has also traditionally been used to make a coffee substitute.

The leaves of the plant are considered to be very nutritious and can be eaten as a salad or fresh vegetable. In Asian cooking, for example, the leaves are used like lettuce, boiled, made into soup or fried.

The flower buds can be added to omelettes and fritters, the flowers baked into cakes, and even the pollen sprinkled on food for decoration and colouring. Blossoms make a delicious country wine and beer is brewed from the whole plant before it flowers.

The plant provides a rich source of nectar and pollen for bees and other pollinating insects from early spring to late autumn.

As a member of the same plant family as ragwort and daisies, dandelion may potentially cause allergies. However, there are few documented cases of the plant’s toxicity in humans.