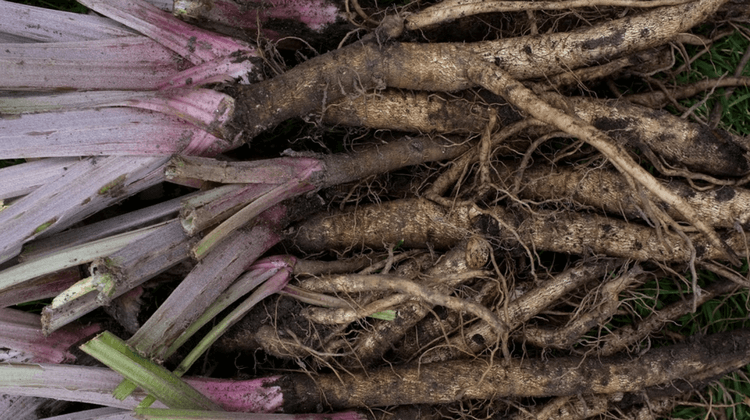 IMPORTANT: Please note that it is illegal to dig up roots without the landowner’s permission. When harvesting burdock root, make sure that you gather it only from the first-year burdock. Second-year burdock is past its edibility prime and is not recommended as a foodstuff.

Also, make sure when collecting Burdock that you harvest from an area that is flush with the plant. Never completely harvest the whole patch, always leave some plants to continue to grow. Remember this isn’t strip-mining its sustainable food gathering. 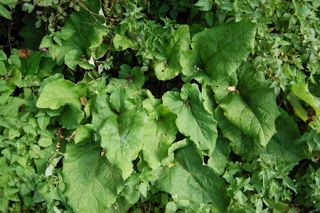 First off, find a nice patch of burdock. 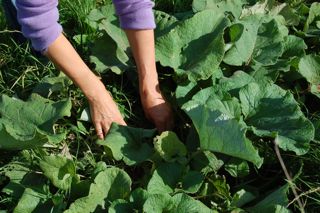 Reach down into the stems and push the foliage aside. 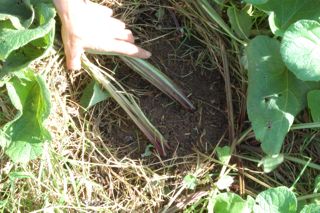 As you can see the stems are very visible. 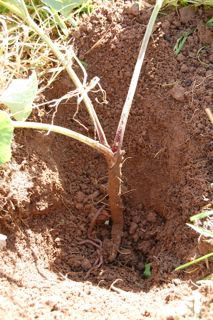 Dig straight down uncovering the root as you go. The root can be very long, so take care not to dig in your spade and chop off the root before you have got to the bottom of it. 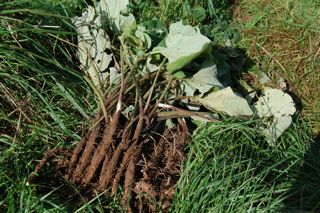 Take enough plants to last you a mean. In the picture above, I harvested enough burdock for a stir fry and to make a herbal decoction (medicine). 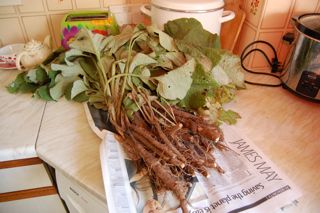 In your kitchen, clean and trim the burdock roots. 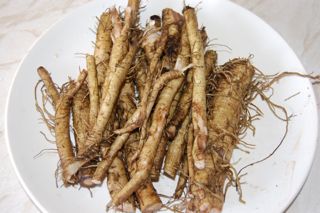 Now peel the skin off just like you would a carrot. 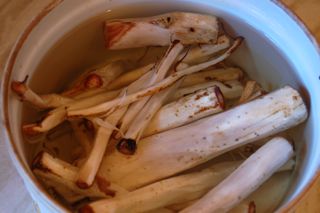 Place peeled burdock roots into a bowl of water with a cap full of cider vinegar. This prevents the root from discolouring. 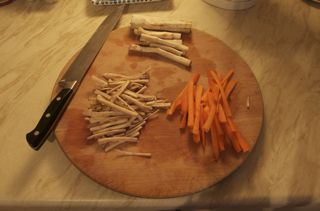 When ready to cook, slice the root into matchstick pieces, along with some carrot. Amounts will vary depending on how many people you are feeding. I use the same amount of burdock root as I do carrot for each person. 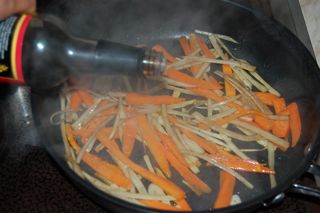 Fry the burdock root and carrot in a heavy frying pan or wok. Add a small amount of Tamari or Soya Sauce, and continue stir frying your dish. Mine took between 5 to 7 minutes until it was ready. 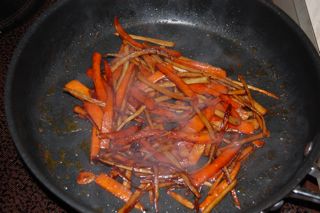 What I like is for the dish to slightly caramelise, but play with the recipe.

Burdock root is also nice peeled, sliced and eaten raw with a little sea salt. I find it reminds me of raw celeriac.