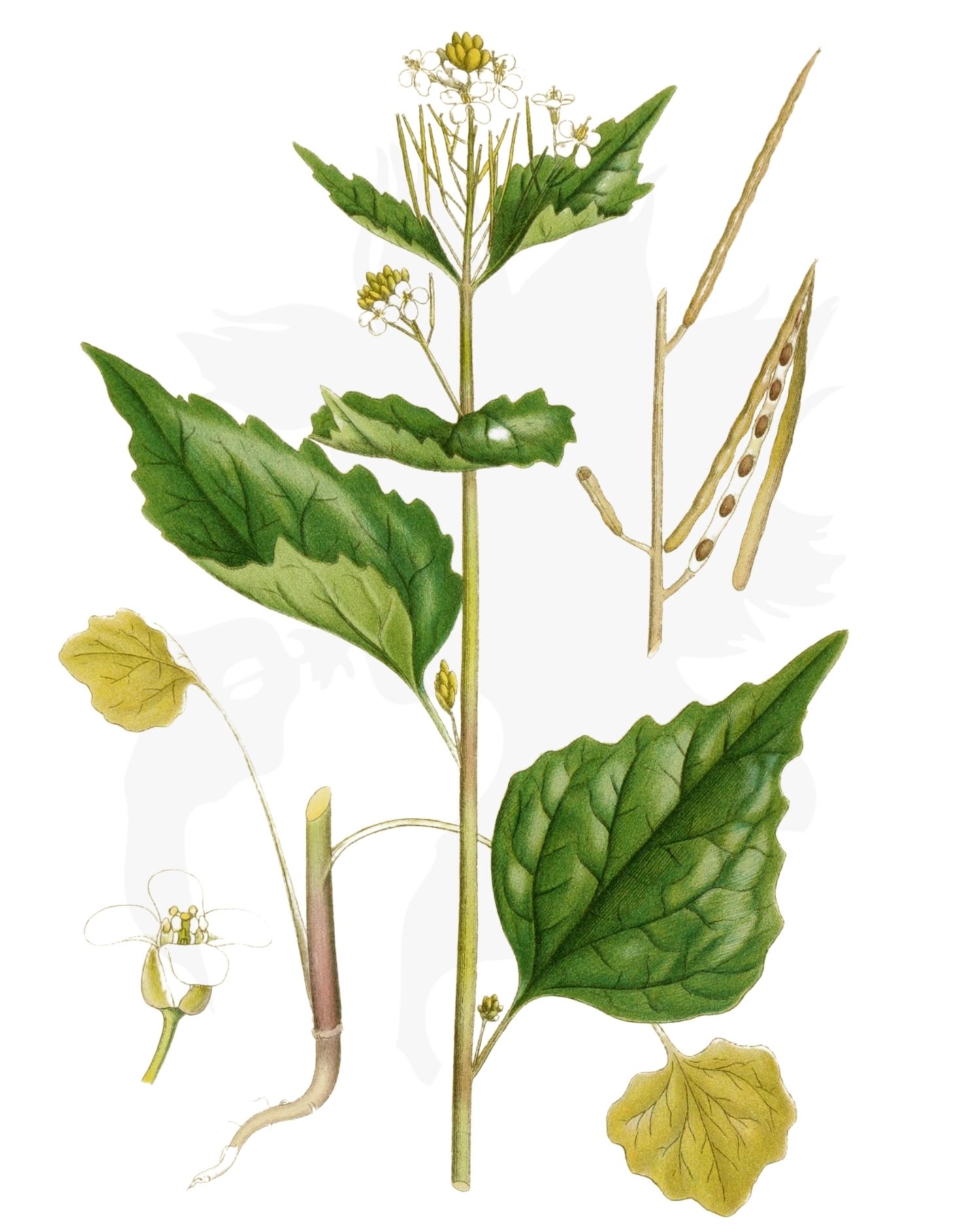 Garlic Mustard is a common wild herb in Britain and Ireland. Its leaves exude a garlicky smell when bruised or chopped, although the plant is unrelated to garlic.

Garlic mustard has straight, stems (hairy at the base) with large green and toothy leaves, sometimes described as heart-shaped. The flowers are small and white with cross-shaped petals.

The release of a garlic smell and taste when the leaves are crushed led to the use of garlic mustard as an alternative to true garlic. Thus it can be said to have the same uses as garlic in food preparation and cooking. The wild herb also makes an excellent savoury salad green, sauce and potherb. Seeds used as a pepper substitute. The root has wasabi notes, and the flavour ranges from ‘very hot’ to ‘sweet with mild heat’ depending on location and region.

As a member of the mustard family, which includes cabbage, cauliflower, broccoli, brussels sprouts, mustard and watercress, garlic mustard could be among those vegetables which if eaten as part of a healthy, balanced diet might help to prevent cancer.

It shares cancer-preventing chemicals isothiocyanates, from the mustard family, and allyl sulfides, from the garlic family.

Garlic mustard has been used as an antiseptic herb for treating leg ulcers, bruises and sores, coughs and colds, clearing a stuffy head, to encourage sweating and even as a cure for colic and kidney stones.

In Somerset, England, the fresh green leaves were rubbed on feet to relieve the cramp.

A yellow dye might also be obtained from the whole plant.

Garlic mustard is apparently “palatable to livestock”, which suggests another means to manage its spread on the borders of fields and woodlands. An unfortunate side effect of this, however, is that it might lend a disagreeable flavour to cows milk and an unpleasant taste to poultry meat.