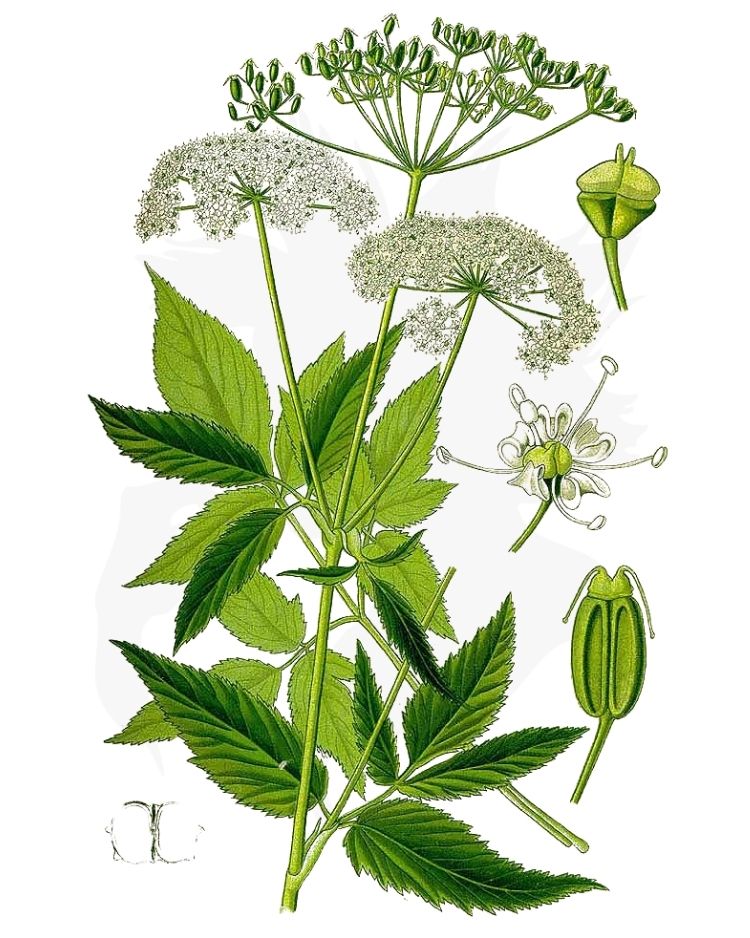 Medieval monks cultivated ground elder as a medicinal plant, but it later earned a reputation of a nuisance weed thanks to its rapid growth. Is there any redemption for this once useful wild edible?

The plant forms a creeping, pale green carpet across the ground. The oval-shaped leaves are long, hairless and toothed, and arranged in groups of three at the end of leaf stems. The small flowers appear in clusters turning from light-pink to white as they mature. The wind-pollinated seeds are flat vessels that develop from the mature flower heads.

This perennial plant flowers from June to August, but best picked in spring, and again in early autumn.

In the Middle Ages, the plant was a potherb. In the markets of Medieval Cracow, Poland, it was sold as a wild vegetable.

In Sweden and Switzerland, the plant was collected for spring salads or also cooked as a wild leafy vegetable.

In Anglo-Saxon Britain, ground elder was used to clarify beers and may have been called ‘gill’ from the French guiller, meaning ‘to ferment beer’.

In parts of the Ukraine, it is still used as an ingredient of green borsh, a soup made of green vegetables.

The young leaves contain high amounts of vitamin C and are best picked in spring for use in salads and soups.

The plant was once used as medicine for various ailments, but its primary purpose was as a cure for gout and to relieve pain and swelling. For this reason, the plant was also known as goutwort.

While we make little use of of it as a food plant today, it is sometimes used as fodder for pigs and is so-called pigweed.

There is little information on its side effects. Seek medical advice before use in pregnancy, when breastfeeding or for specific medical conditions.