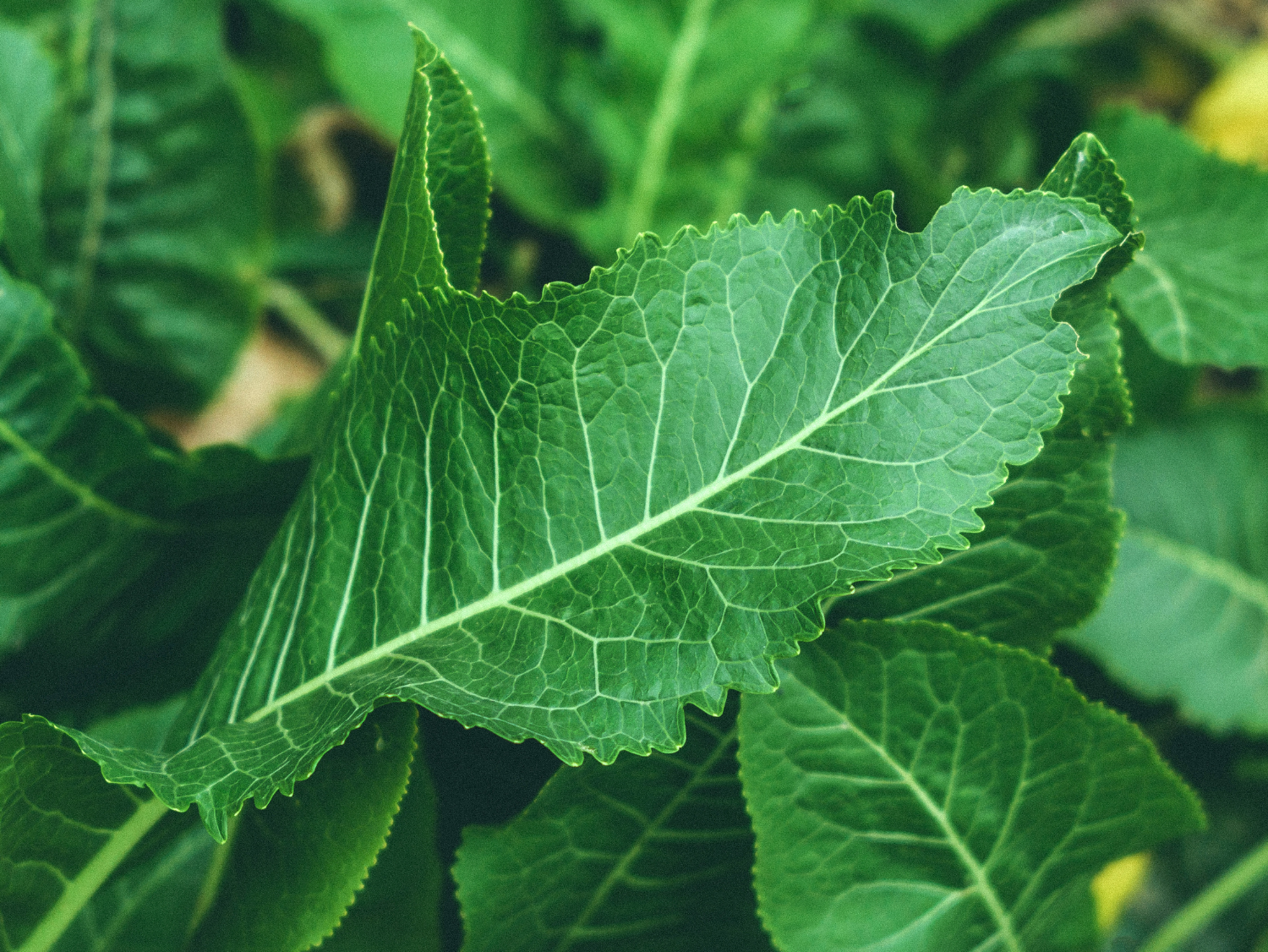 Horseradish has been cultivated since ancient times and is a familiar culinary herb of many kitchens. Its distinctive taste is used to flavour many dishes and it has several uses in herbal medicine.

The English name ‘horseradish’ means ‘coarse radish’ from the prefix ‘horse’, which distinguishes it from ‘edible radish’ (R. sativus), a practice that was used to describe other wild plants such as ‘horse-mint’ and ‘horse chestnut’.

The first mention of the common name ‘horseradish’ in print appears in the works of English herbalist John Gerard (1545–1612), according to Geoffrey Grigson, although Gerard did not have much familiarity with the plant.

The German name for horseradish was Meerettich meaning ‘sea radish’; meer may derive from mähre, or ‘old horse’, in reference to its tough roots.

Long stalks with large, shiny-green, slightly toothed dock-like leaves and numerous white, sweetly scented flowers on a spike. The taproot is knobbly and brown with a pungent odour.

Native to south-east Europe, the Mediterranean, and west Asia. Horseradish was introduced to Britain and Ireland.

Widely distributed in Britain and Ireland where it is naturalised due to its cultivation, horseradish can be found growing in waste places, damp meadows, neglected gardens, and as a cultivated herb in larger, traditional vegetable gardens.

The fresh roots are used as a culinary herb in sauces, powders and vinegars for flavouring meats, vegetables and pickles.

The herb is available in white (preserved in vinegar) or red (preserved in beet juice), although it is most popular as a sauce for accompanying roast beef, steaks and smoked fish.

The flavour of the sauce can be overpoweringly hot for some and is best used sparingly. The roots can also be sliced and roasted as a vegetable similar to parsnips.

The young leaves can be added to salads, pickles or cooked as a potherb. The sprouted seeds can be used to season salads.

As a cruciferous vegetable, horseradish may have beneficial antioxidant properties, however much of its nutritional content is lost during cooking. Its vitamin C denatures and nutrients like vitamin K and calcium are cut by a half. Cooking also removes the plant’s pungency as does long periods of refrigeration after preparation.

Horseradish is a warming herb used to increase circulation and decrease swellings, and to promote urination. It is thought to be helpful for rheumatic conditions. The strong vaporous odour of the root, when broken, can be used to banish heavy colds.

Some varieties are grown for their ornamental leaves. An infusion of horseradish leaves sprayed onto apple trees can prevent brown rot; kept on the borders of vegetable patches, it assists in the growth of healthy and disease-resistant potatoes. The foliage can be harvested to make a yellow dye. The volatile oils in horseradish may be an effective insecticide.

Excessive doses of horseradish may cause gut irritation, diarrhoea and night sweats, or may irritate the skin (when applied externally).

The Commission E recommends horseradish isn’t taken by children under four years old, although there is no supporting evidence for this. The herb is listed as an abortifacient in some texts and may be best avoided in excess or altogether during pregnancy.