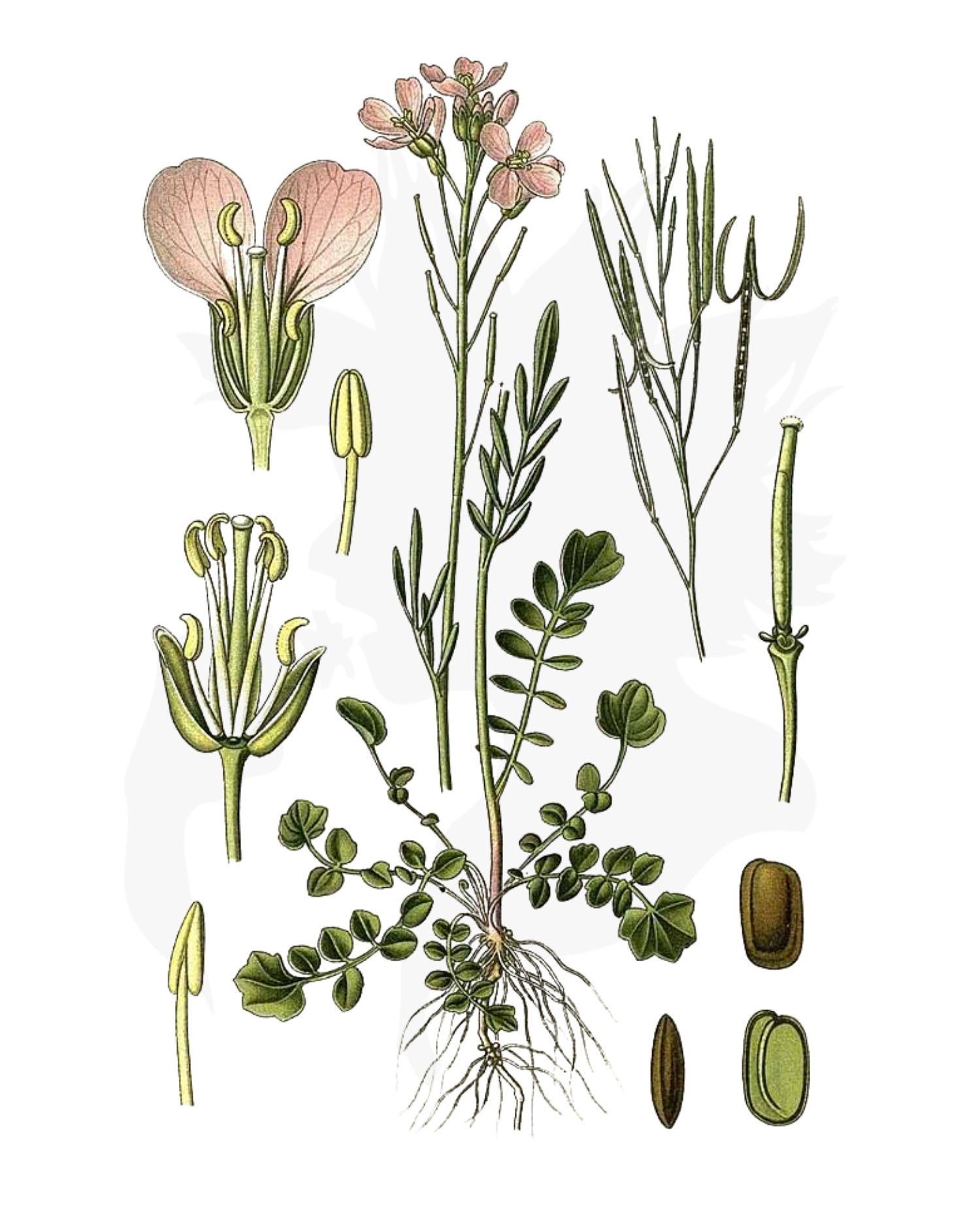 As the cuckoo calls in late spring and early summer, so the cuckooflower’s conspicuous blooms start to appear.

Cardamine pratensis was also known as ‘water cuckoo’ or ‘wet cuckoo’, because the plant grew in damp places. Its less flattering nickname of ‘cuckoo’s spit’, which referred to the foam covering a pale green insect found on the plant, meant few children in the north of England would pick the wildflower believing that the cuckoo had spat on it.

Its other popular name, Lady’s-smock, arose because the flowers were often seen on Lady Day on 25 March.

But this is only half the story. As Geoffrey Grigson writes, the cuckooflower is a “spring flower associated with milkmaids and their smocks, the cuckoo, and the Virgin”.

While in many European countries, the plant was known as the cuckooflower, or some such other name that linked its flowering time to the cuckoo’s song, in England its ‘smock’ and ‘smick’ nicknames were “words of amorous looks and purposes”.

From the Middle Ages, the word ‘smock’ had referred to a woman’s undergarments, which by the 18th century became ‘shift’ and later, the more refined, ‘chemise’.

The word ‘smick’ had the same meaning as ‘smock’ and both carried the same derogatory innuendo, and so ‘smick-smock’ was another common name. Thus, the cuckooflower was a plant in great need of Christianising and “handing over to the Virgin”.

Richard Folkard gives a more slightly demure explanation for the name ‘Lady’s smock’, saying it was called this because of the “resemblance of its pale flowers to little smocks hung out to dry”, adding “as they used to be once a year, at that season especially”.

Cuckooflowers are dainty pink, mauve or white flowers with four overlapping petals. Long, narrow leaves can root where they touch the earth to grow new plants. The roots are small fleshy tubers with small white threads.

Lady’s-smock/Cuckooflower has a pungent flavour, some say similar to watercress. The leaves, shoots and flower buds can be added to salads, sandwiches, sauces or served along with oil and vinegar.

Lady’s-smock/Cuckooflower has a high content of vitamin C which supports the plant’s traditional use as a treatment for scurvy.

In pastimes, Lady’s-smock/Cuckooflower was a remedy for scurvy and fevers. It was also prescribed for kidney stones, and ulcers, to aid digestion or stimulate the appetite, and as a diuretic.

They have been shown to exhibit a wide range of actions including being antibacterial, antidiabetic, antifungal, anti-infective, antiviral and antioxidant. This suggests that the plant has a huge potential for other untapped uses.

There is little information about the side effects of taking cuckooflower as a food or medicine, but this is not absolute proof of its safety. Consult with a medical professional before use during pregnancy or when breastfeeding, or when taking for a specific condition.