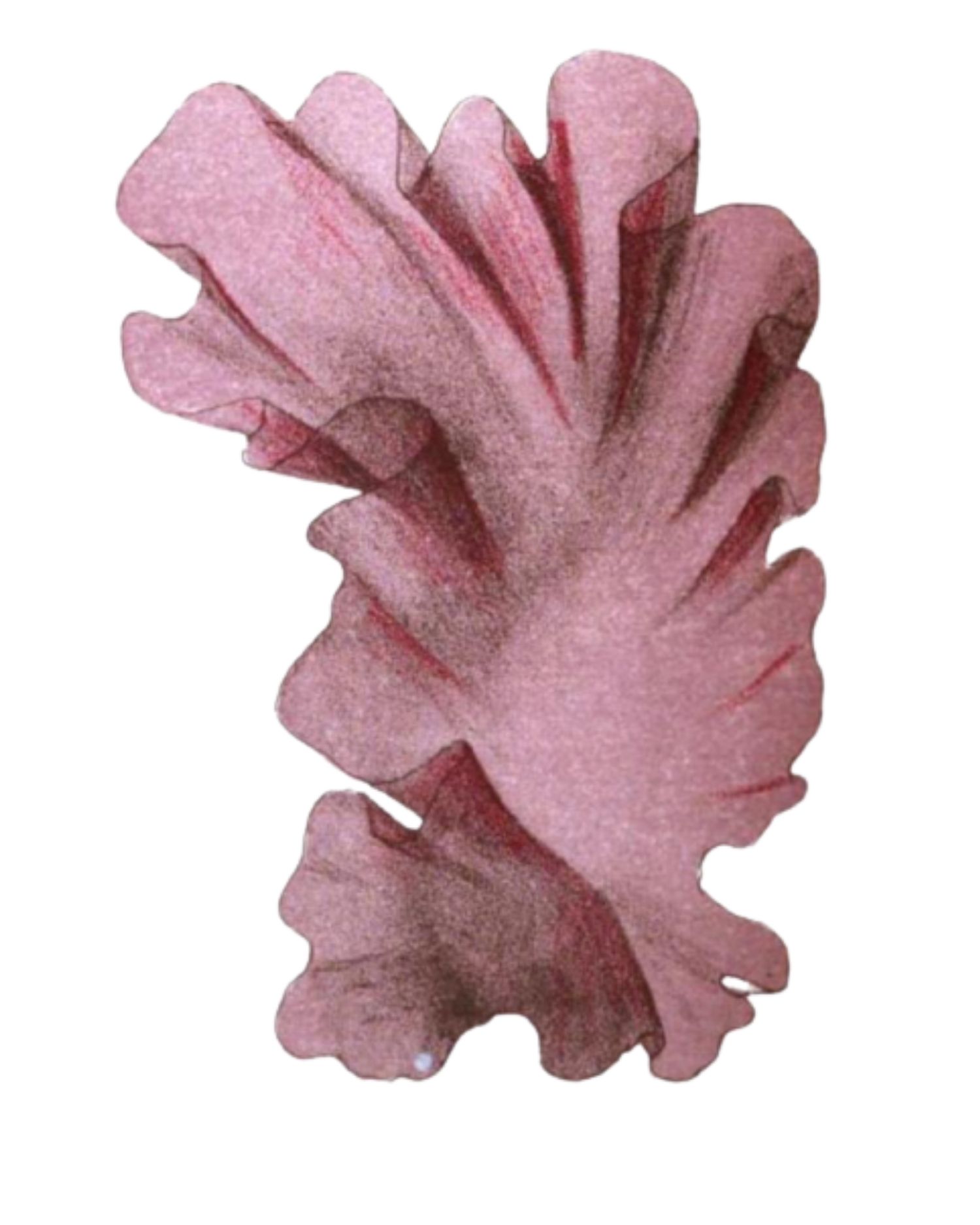 Laver seaweed has traditionally been harvested in Scotland, Wales and Ireland to make laverbread, and cultivated in countries such as Japan, Hawaii and the Philippines as a sea vegetable.

In East Asia, laver is one of the most commonly used seaweeds for human consumption.

The name Porphyra is the Greek word for a purple-red colour, although the plant can also be olive-green or chocolate-black.

In general, red algae tend to have thin, membranous, slippery fronds varying in colour from olive-green to purple-brown, or even chocolate-black; and species of Porphyra can be difficult to tell apart. Here we look at the botanical profile of P. umbilicalis.

Branches and fronds: thin, almost transparent, irregular fronds sometimes attached at one point without a stalk. A lobed blade of no particular shape and often weather-worn by sand and sea. Red and purple in colour often with a green centre; black when dried.

Holdfast: seems to grow straight out of the rock.

Native: widely distributed from the Mediterranean to the North Sea.

Grows on rocks and stones usually on exposed sandy beaches.

Custom dictates that the plant is not harvested when there is an ‘R’ in the month.

Use of laver as food

A traditional way was for laver to be made into small flat cakes, and fried crisp in the bacon fat or heated with butter, lemon juice, and pepper and served with roast mutton.

In Wales, laver is eaten in salads, biscuits and as an accompaniment to roasted meat.

Welsh laverbread (bara lawr) is also known as Welsh caviar, apparently without any irony, by older people in Wales.

Traditionally eaten for breakfast, with bacon dripping or with cockles, in early times it was even added as a seaweed puree to oatmeal.

Its use has declined in Wales, although if one has grown up eating laver bread for breakfast it is difficult to do without it.

In Ireland, where the plant was called by many names, including sleabhac, it could be eaten from the pot sometimes with a piece of bacon, or from the pan with a knob of garlic butter.

Other local recipes describe the dried seaweed crumbled over an egg in a cup or on raw tomatoes or lightly steamed carrots.

Laver is probably best known as nori to the rest of the world; it is a popular wrapper for sushi and a flavouring for soups and salads.

It can even be fried and eaten as a snack with beer. In British supermarkets, seaweed for sale is still quite rare despite some successful industries in Wales.

It is worth noting, however, that British laver is not the nori (P. yezoensis or P. tenera) of Japan.

Laver is considered one of the best choices for soups being easy to prepare and having a fine flavour.

In the south it is commonly eaten steamed or stir-fried, in the north it is added to pork dumplings, and the prepared dried sheets are abundant in the markets of China.

It is a food for everyone – considered a treat by poorer people and given as a “highly esteemed” gift to inland Chinese.

In Korea too, Porphyra called ‘gim’, is a common side dish eaten almost daily by all social classes.

In Hawaii, the species P. atropurpurea is considered a great delicacy, called Limu luau, is found in few places on wave-battered rocks where it is dangerous to collect.

However, once this prize has been won it is washed, salted and preserved in bottles or jars for later use.

In the Philippines, Porphyra is dried into a product called ‘gamet’ which is pressed into flat, round cakes.

Southern Kwakiutl Indians and Haida Indians of British Columbia gathered Porphyra from rocks in large baskets and left the plant to rot for four or five days before being pressed and dried in the sun.

The dried seaweed ‘cakes’ were then layered in wooden boxes of chiton juice and red cedar boughs and left for months before finally removing and packing to be stored for winter.

All this hard work paid off at tribal feasts where the seaweed cakes were eaten with dried salmon.

The seaweed was also dried in strips on racks then laid on deer hide to be beaten by a wedge into a fine powder, which was then stored in boxes.

The powder might later be cooked over hot stones and eaten with spoons.

A traditional tribal dessert was also made with Porphyra by beating the seaweed in water into a frothy, white mixture to be eaten with fresh berries.

Porphyra was eaten by Seechelt, Squawmish, Nootka, Bellacoola, Tsimshian, and Tlingit Indians, and by many Pacific tribes.

According to the Food and Agriculture Organization, nori is among the most nutritious seaweeds, with a protein content of 30-50 percent, and about 75 percent of that is digestible.

Arguably, nori is the most sought-after Porphyra product in Asia and, largely thanks to the popularity of sushi, in the rest of the world too.

Laverbread was said to improve the health of sick miners who suffered from goitre. In fact, folk records for Porphyra go back further to the Ben Cao of Chinese herbal medicine where the species is recommended for high blood pressure.

Recent studies into the consumption of laverbread suggest that women in South Wales had a lower incidence of breast cancer compared to the rest of Britain.

There have been few concerns about the seaweed’s toxicity or side effects.