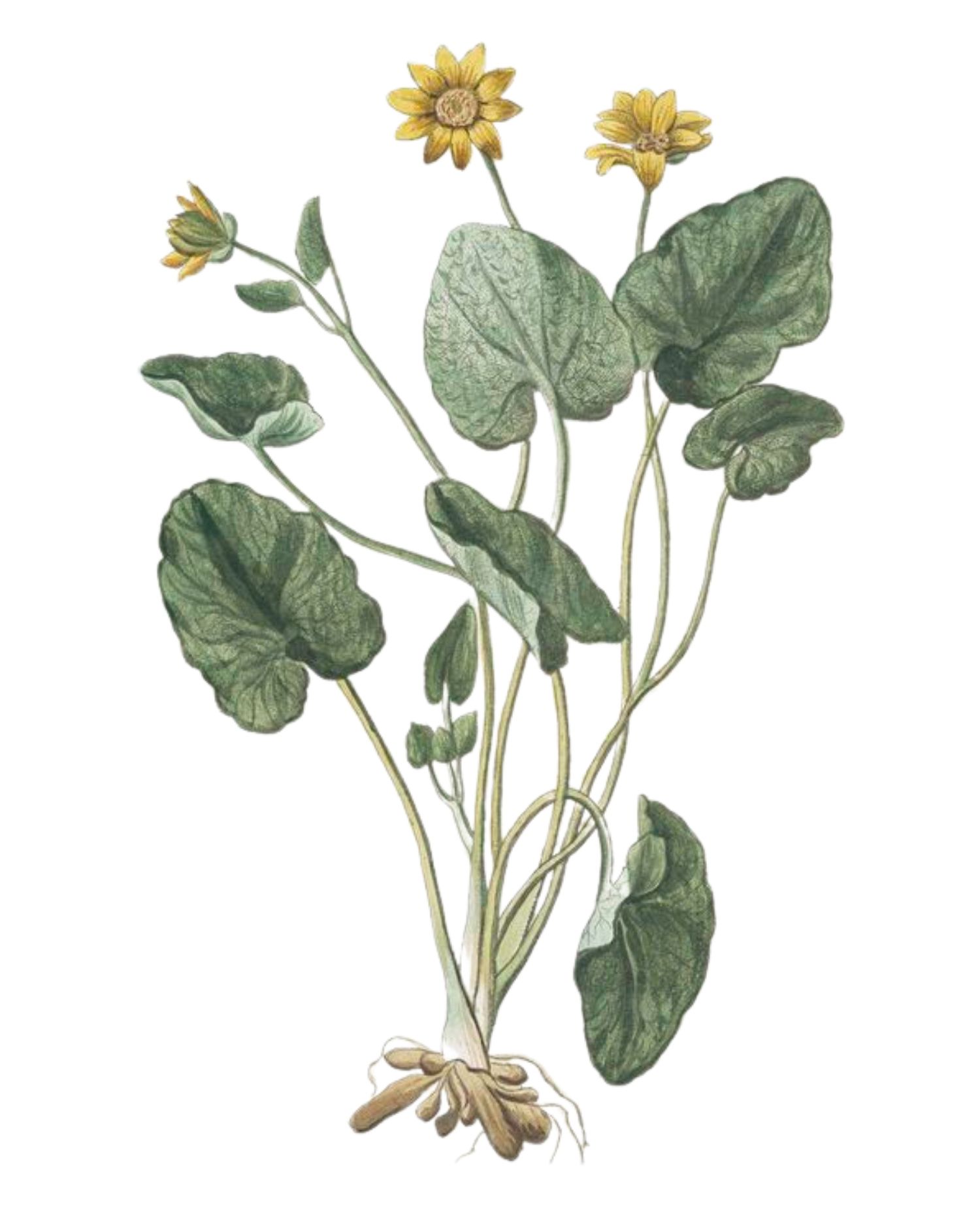 The plant has a long history as a wild edible with its large fleshy roots and green shoots that appear as one of the first signs of spring.

The stem and leaves are brightly coloured green, younger leaves are heart-shaped and become ivy-like in appearance with darker markings. The shiny flowers are composed of seven to twelve golden-yellow petals with a green underside. The fruit appears like grains of corn, being globular and whitish.

The plant’s roots swell up to form bulbs or tubers, which are reputedly delicious and can be eaten as a starchy vegetable. Lesser celandine has been used as a potherb in central Europe and the young parts of the plant have been added to salads.

All parts of this plant need to be cooked.

Lesser celandine may contain antioxidants that make it worthy as a springtime tonic, although further research into its biological activities is needed.

Lesser celandine was a traditional remedy for piles; its common name of figwort alludes to ‘fig’ as an old name for piles. An ointment of the roots was also said to cure corns and worts.

An unusual use for the petals and leaves recorded in Cumbria, England, was for cleaning teeth.

Do not eat lesser celandine raw. Protoanemonin, which is the toxic compound in the plant is destroyed by cooking and drying.

As a member of the buttercup family, lesser celandine may cause contact dermatitis in humans and animals.

The plant sap may also cause nausea and vomiting if taken internally; the plant’s safety during pregnancy or when breastfeeding is not established and therefore best avoided.

Komarova, B. institut im. V. L. (1963) Flora of the U.S.S.R. Jerusalem: Smithsonian Institution and the National Science Foundation by the Israel Program for Scientific Translations.