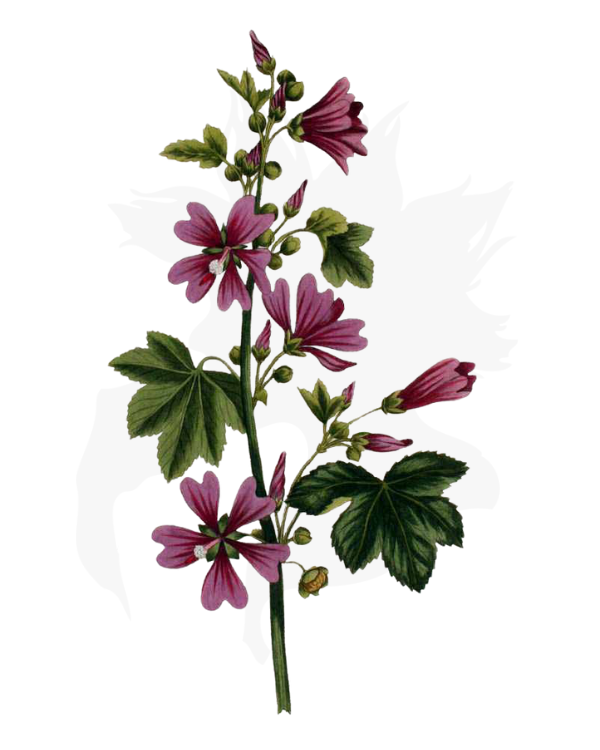 Common Mallow is an attractive species that has been used throughout history in food and medicine.

It was also harvested as a nutritious wild edible, as you will see below.

Common mallow yields disc-shaped seeds, or ‘nutlets’, that are edible and snacked on like ‘cheeses’. The leaves can be cooked and eaten like spinach, added to thicken soups or deep-fried like green wafers. The flowers and buds can be pickled.

The fats contain important omega-3 and omega-6 fatty acids, which could help to reduce the incidence of chronic diseases such as cancer, diabetes and heart disease.

Common mallow was once a ‘cure-all’ of Medieval herbal medicine. It was used to treat many conditions from stomach ache to problems during childbirth.

In Britain and Ireland, the plant has been used as a laxative, to cleanse the liver, to cure blood poisoning, and to treat urinary problems, rheumatism, heartburn, coughs and cuts.

The mucilaginous roots, in particular, were used to make poultices and soothing ointments.

There are no particular uses for common mallow outside food and medicine, although the pretty flowers can be used for decoration around the home.

The seeds may be poisonous if eaten in large quantities.