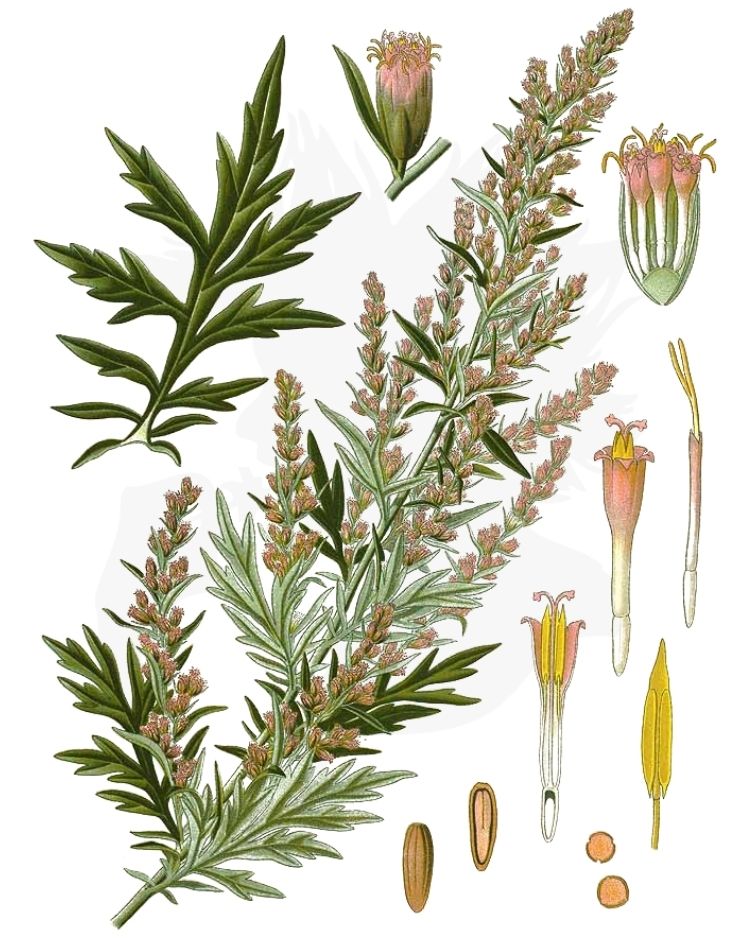 Mugwort is one of the commonest weeds in northern Europe.

It held an important place in herbals as a ‘women’s herb’ and as a remedy for stomach disorders in both food and medicine.

Small reddish or pale yellow woolly flowers on short reddish or purplish stems with shiny green, pointed leaves. The roots are long, tough and brown with inner white flesh. The plant grows up to 1.5 m.

This European and Asian native is naturalised in North America and Canada and has been introduced to Iceland. Mugwort is found growing along roadside verges, waste places and fields.

Mugwort can be used as an aromatic herb added to soups, stews or stuffing for meat dishes, or infused as a tea. The herb is said to improve digestion.

The young stems can be added to salads and the leaves or shoots can be cooked as a vegetable.

The plant is rich in vitamin C and unsaturated fatty acids.

Mugwort is sometimes referred to as the ‘women’s herb’ because it was used to promote menstruation and induce childbirth.

Another common use for the plant was to treat stomach disorders, including stimulating the appetite, easing nausea or curing worms.

Mugwort is sometimes used as an ingredient in perfumes and soaps. It has also been used as an insect repellant.

The Irish smoked the leaves as a substitute for tobacco, which was said to stimulate poor appetites.

Mugwort should not be used during pregnancy because it can promote menstruation.