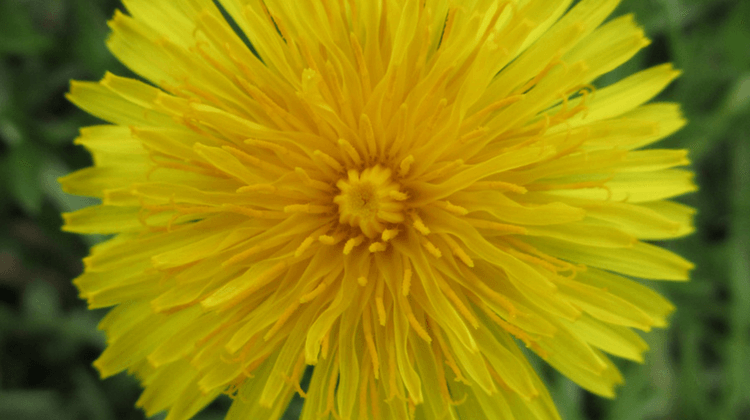 When I first encountered Dandelion intimately, I fell in love instantly. Out came my camera, and clicking through the countryside I went, taking snapshots of sunbursts. Only to return to my computer and stare mesmerised at the wonderment in front of me.

I’d blow up the flower pictures until my mind melted in the ecstasy that is only Dandelion. Oh the wondrous Dandelion, how my soul has been graced by your eternal presence.

A young man named Nasreddin planted a flower garden, but when the flowers came up so did a great crop of dandelions among them.

Wishing to eliminate the unwanted guests, Nasreddin consulted with gardeners near and far, but none of their solutions worked.

Finally, Nasreddin travelled to the palace of the sheik to seek the wisdom of the royal gardener himself. But alas, Nasreddin had already tried all the methods the kind old man recommended to him for eradicating such troublesome weeds.

Silently they sat together for a good long time. At last, the royal gardener looked at Nasreddin and said, “Well, then, the only thing I can suggest is that you learn to love them.

A Little Bit About Dandelion

“Dent de Lion” in French, or rather “Tooth of the Lion”, refers to the jagged teeth along the edges of the leaves.

With over 200 micro-species of Taraxacum officinale, the teeth can vary from tiny to huge depending on habitat, soil, time of year etc.

Although traditionally eaten in Spring time, the leaves I find are at their best after the plant has flowered and seeded and only from plants that have grown under shade, in moisture rich soil and have been quick growing.

This usually means the late Summer, early Autumn growth for the least bitter, most flavoured leaves. Bitterness is reduced by gathering plants in shade. Too much exposure to sunlight means too much bitterness in the plant.

One tip for reducing bitterness in leaves is to store them in a plastic bag in the refrigerator for a few days.

If you want to stick with tradition then a dandelion salad can be prepared in early Spring in the following way:

Other Ways to Eat Dandelions

You can also add the fresh, Springtime young roots (thinly sliced) to soups and casseroles.

Note: It is illegal to dig up roots without landowner’s consent.

If you want to harvest the flower heads to make jams, marmalades, vinegars, etc., then you need to do so within three days of them blooming as the flowers quickly turn into seed heads.

In Cambridgeshire it is believed that the best Dandelion wine is made from flowers gathered on May Day.

Traditionally the buds have been used as caper substitutes, and I would suspect that they may have been preserved in salt, rather than using vinegar.

The roots were used as a coffee substitute up until the the Great War of 1914. See my dandelion root coffee recipe.

There is also archaeological evidence from Dolni Vestonice in the Ukraine that Dandelion roots were consumed as food over 18,000 years ago.

Why Dandelion Is So Healthy

In folklore, Dandelion was strengthening to the liver and pancreas as well as being a great blood purifier that filters the toxins and wastes from the bloodstream.

The leaf is considered a diuretic; however, they also contain large amounts of potassium which is good for toning and supporting the nervous system.

Unlike pharmaceutical diuretics, Dandelion replenishes any lost potassium that one would excrete using modern diuretics.