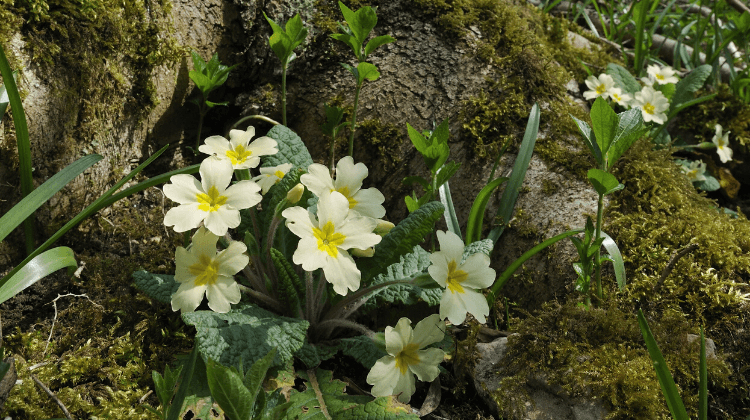 This humble little plant that often pops up unexpectedly in a corner of the garden after a long winter is a gentle herbal soother to the skin and makes a pretty addition to salads.

Large, yellow-green flowers appear to grow out of a rosette with lance-shaped leaves tapering to the stalk. The rootstock is knotty with long shaggy stalks rising up.

Native to Europe and Asia.

A small perennial flowering from December to May.

The mild, sweet-scented flowers can be eaten raw in vegetable or fruit salads or cooked as a vegetable. Primrose flowers can also be used in conserves, custards, mousses, tarts or other desserts and confections.

The leaves make an alternative salad green and have a reportedly spicy taste with slight anise aroma. They can be cooked in the pot, added to soup, or mixed with other herbs as a stuffing for meat and poultry.

Both blooms and leaves are made into syrups and teas.

Primrose flowers have enjoyed a reputation for healing wounds for centuries. An ointment made of flowers boiled in lard would be applied to cuts, burns and other skin ailments.2

Today, primrose is used in skin preparations for pimples and wrinkles and is often used in soothing eyewashes.3

Primrose is a valuable source of forage to bees in winter and early spring.

Some texts advise the P. vulgaris should not be used by pregnant women, patients sensitive to aspirin, or those on anti-coagulant drugs such as warfarin.4