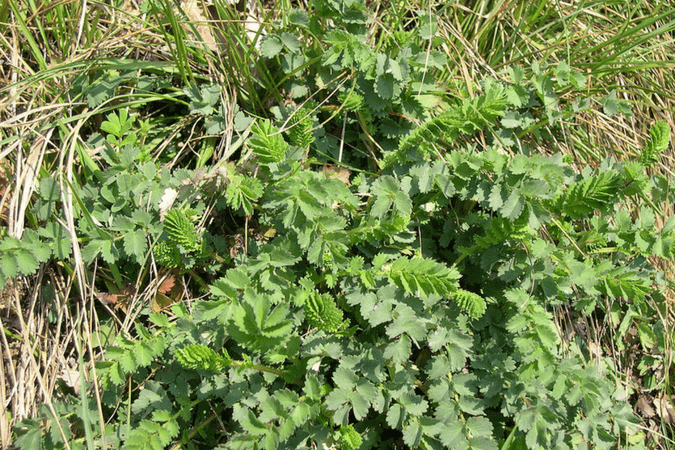 Salad Burnet (Sanguisorba minor syn. Poterium sanguisorba) is one of the few wild species which supplies edible greenery for most of the year.

During the winter and spring months, new growth will frequently be found sprouting and this may be used in salads, while more mature leaves can be added to soups and pottages.

The leaves have the bitterish flavour of cucumber skin.

Salad Burnet was grown and used as a foodstuff for many centuries, and in Britain was extensively experimented with as a fodder crop for cattle because it grows year-round in favourable conditions.

It also responds to being cut back by sprouting new leaves (indeed, this ‘trick’ of cutting back the foliage as the plant started to produce its ?ower buds was the gardener’s method of keeping leaf production going).

As for livestock, they seemed to have a muted liking for it and salad burnet was dropped from the farmer’s list of crops.

Meanwhile, the human animal can enjoy this delicious Summertime green.

Salt and pepper This salad can be served as one of a number of salad items, or on a piece of fried bread like an Italian bruschetta, but unheated. The tomatoes should be nice and ripe and only use young burnet leaves.

For a more far-eastern version replace the onion with spring onion, and use some chopped, seeded, green chilli as a garnish, and serve on pitta bread.