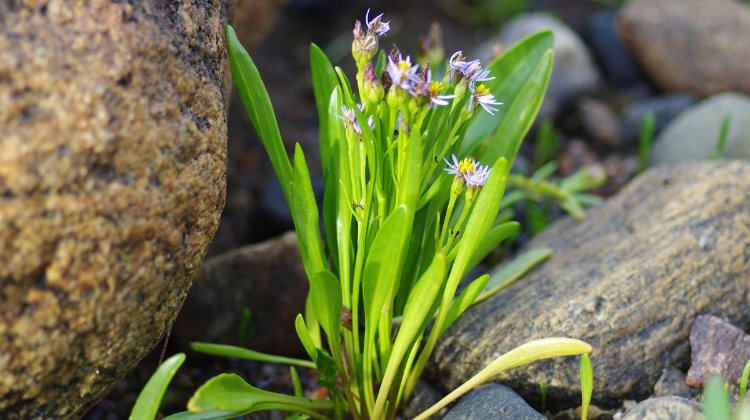 Harvest from late Spring through Summer.

In pre-industrial Sweden sea asters were one of many wild species gathered for stews and soups. However, these plants were also considered fodder for livestock and may only have been gathered for human consumption during times of famine.1 Today the plant is among one of the wild plants sold by a small southern-Swedish foraging enterprise to the restaurant NOMA in Copenhagen2,3

The salty, fleshy leaves could be made into a pickle or chopped and added to salads, soups and stews by more adventurous cooks.

One study suggests the leaves have a particularly high protein content.4

English herbalist John Gerard (1545–1612) recommended sea aster as a wound herb,but there are no records to indicate how useful the plant was to coastal communities in this regard. Gerard also prescribed sea aster for dropsy and as an antidote to poisoning.5

The flower is particularly attractive to rabbits,6 who obviously came to their senses about sea aster long before we did!

Shaibur and team (2008) studied arsenic levels in sea aster, which was found to be largely concentrated in the roots and not of significant concern to the plant’s overall toxicity.7

Lack of data on contraindications, side effects and toxicity of a plant is not absolute proof of its safety. Always exercise caution when using a new wild edible particularly during pregnancy or when breastfeeding.