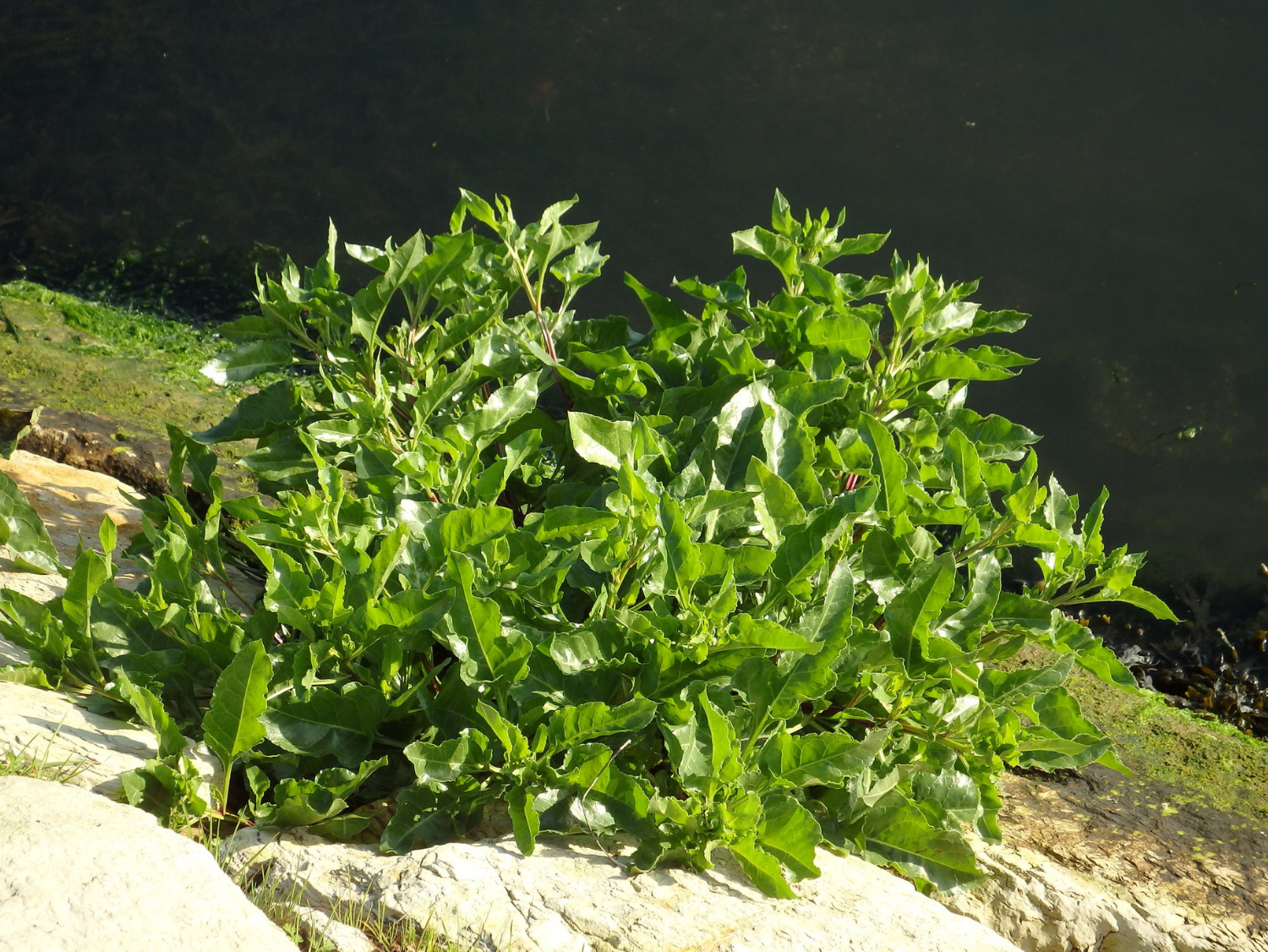 Sea beet is the wild ancestor to common vegetables such as beetroot, swiss chard and spinach beet. We can even thank the rugged coastal plant for the sugar in our cup of tea or coffee, because it was the original to sugar beet too.

The coastal plant belongs to the pigweed family, or formerly the goosefoot family, and is one of many subspecies of beet (Beta vulgaris) that has been developed over the past 2,000 years.

While the bright crimson slices of beetroot are more familiar on our plate, sea beet is an ancient food and medicine plant. It has been used since prehistory, but over time it has relinquished its place at the table in favour of its cultivated cousins.

Large, fleshy, glossy deep-green leaves that vary from triangular to egg-shaped. Some leaves turn purple and crimson in autumn. The flowers appear as numerous spikes of bright, green emerald blooms. The root is thick and fleshy.

Distributed from Britain to Asia, this perennial is found along rocky and sandy coastlines, coastal wastelands, dunes and cliffs.

In modern cooking traditions it is usually the leaf and stalks that are eaten. There is a reason many refer to sea beet as sea spinach. It is one of the most delicious wild greens with many uses. Although it doesn’t break down in the same way as spinach it is a good replacement where spinach is called for.

Atheneus, a Greek rhetorician and grammarian who lived around the end of the 2nd and beginning of the 3rd century AD, said that the roots of sea beet have a sweet taste.

Sea beet has a long history of folk use, particularly in the treatment of tumours. A decoction was made from the seed or juice, or other parts of the plant were prepared to treat tumours, leukemia, breast and womb cancers, and other cancers such as in the stomach, prostate, head or spleen. The leaves and root were once used as an emmenagogue – to induce menstruation.

Modern research into sea beet has observed its ability to grow in salty soils, which might prove an advantage to crop-growing when better soils are unavailable in famine-struck countries.

Excessive use of beets could cause hypocalcemia, kidney damage or toxicity from the plant oxalates.