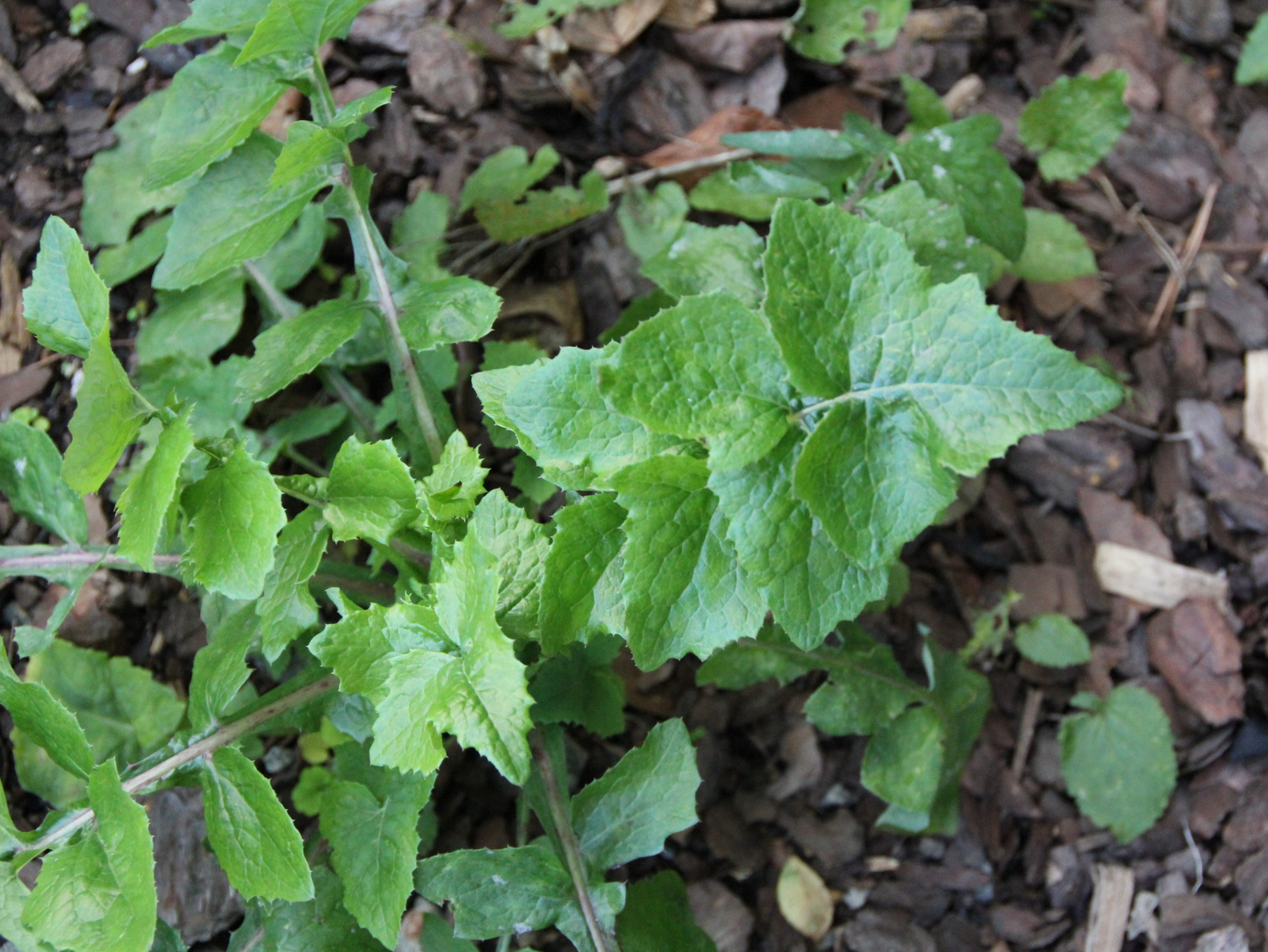 The hollow stem yields a white, milky juice said to be eaten by sows to increase the flow of their milk. The Latin name of the genus ‘sowthistle’ is Sonchus meaning ‘hollow’.

There are many species of Sonchus (Sonchus spp.) – all are edible and most are indistinguishable in appearance – but the two most commonly used for food and medicine are smooth sowthistle (S. oleraceus) and prickly sowthistle (S. asper).

Sowthistles are sometimes confused with dandelions, because of the appearance of their bright yellow flowers and green spiny leaves.

The plant has a complicated relationship with humans. It has flourished in the path of human progress to become a common weed and wild edible. Along the way, some people have become devoted to its tender young leaves and juicy stem, while others have found its bitterness less agreeable.

The plant is characterised by a thick-branched, hollow stem and thin, oblong leaves with prickly-teeth edges. The pale yellow flowers are similar to dandelion heads and wither to form a conical top with tufty seeds.

It has been used as a salad and potherb since the days of our early ancestors. The younger plants are mildly bitter and quite succulent; older plants are bitter and tough.

The leaves and stems of both species can be cooked like vegetables, added to stir fries and stews. The juicy stem should be milked before cooking because the juice can turn parts of the plant brown.

Its traditional use as an ingredient in spring dishes eaten for health and vitality is supported by its high content of vitamins A, B, C and K.

Per 100g fresh weight of various sowthistles contain between 30–60mg of vitamin C; smooth sow thistle has been shown to contain up to 800mg of vitamin A.

The medicinal virtues of smooth sowthistle (S. oleraceus) were believed to be similar to dandelion (Taraxacum officinale). Its juicy stem oozes a creamy milk like dandelion, which was used as a cure for warts.

Sowthistle was also used as a herbal remedy to hasten childbirth, treat skin and eye problems, and freshen foul breath.

The fluffy seeds were once used to stuff pillows and mattresses.

Smooth sowthistle is said to be more toxic than other species of sowthistle; a white latex produced from the plant is mildly poisonous to lambs and horses, and the roots are said to induce abortion.