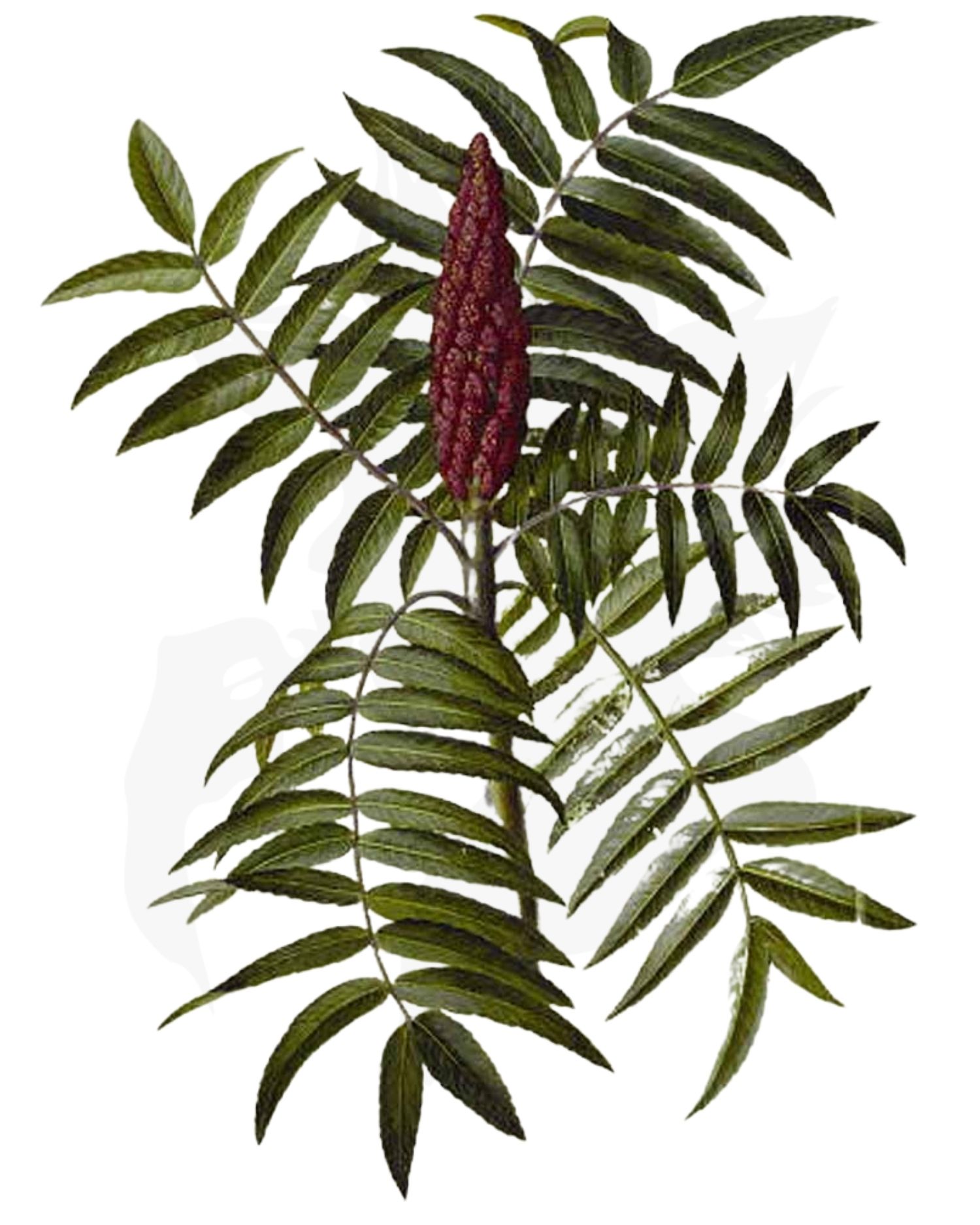 The young shoots can be peeled and eaten raw.

The red-flame like fruit bobs can be used in drinks. Dried and crushed they make an acceptable substitute for the Middle Eastern spice known as Sumac.

The liquid extract from Staghorn Sumac lemonade can be made into jelly.

Native American tribes smoked a mixture of the leaves, fruits along with other herbs and tobacco.

The sap can cause a skin rash in some people. Do not confuse with the toxic Rhus verniciflua.