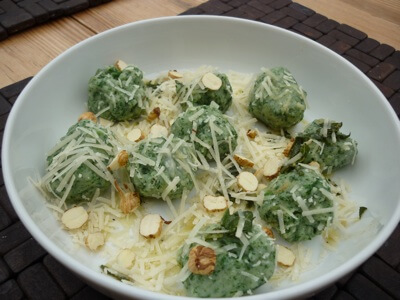 For this Stinging Nettle Gnocchi recipe you do need to use a floury potato (we used King Edwards), to avoid using too much flour in the recipe.

It is possible to freeze the uncooked Stinging Nettle gnocchi (after they have been shaped and lightly dusted in flour to stop them sticking) for a week or two and then cooking them from frozen.