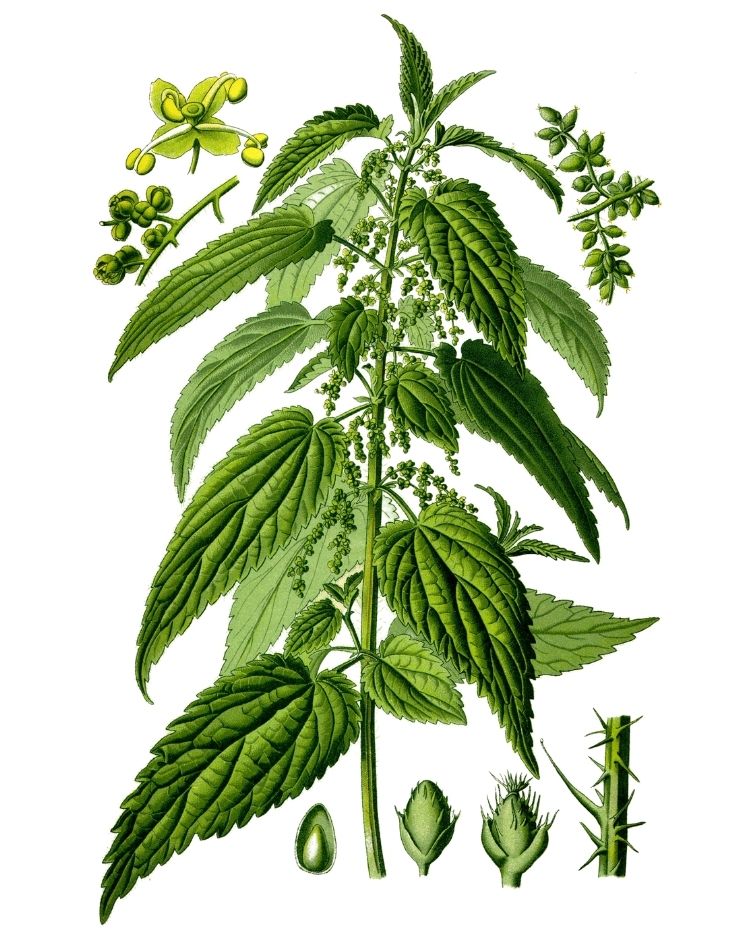 Stinging Nettle is a surprisingly helpful plant in food and medicine despite its stinging hairs, as seen below.

An upright plant with dull green, serrated leaves, covered with stinging hairs. The flowers are small, green and catkin-like with no petals.

The shoots and leaves – were traditionally picked as a spring tonic. Nettle ‘pudding’ or ‘porridge’ was eaten in parts of Britain as a ‘pick-me-up after the winter’.1

Modern research has revealed that nettle contains vitamin C and iron (see nutritional profile below) which explains its use as a spring vegetable.

Cooking the plant, even briefly, destroys the stinging hairs and makes nettle safe to eat.2 Today, nettle is also a popular herbal tea.

Nettle was considered to be a ‘warming’ herb because of its stinging hairs. This made it a popular treatment for rheumatism and other conditions such as sciatica that benefit from rubbing a stinging plant on the body to stimulate circulation.

Roman soldiers famously rubbed their bodies with nettle to promote good circulation and to stay warm.4

Nettle was often woven into cloth for household use – a practice dating back to the Bronze Age.

Nettle’s most unpleasant effect is its stinging hairs, which can cause more severe itching and swelling in some people. Opinion varies on its use as a medicinal herb, so seek advice from a medical professional. Avoid during pregnancy and when breastfeeding.