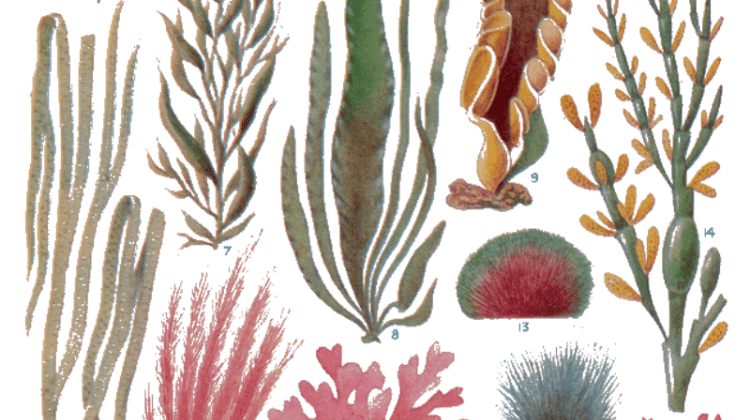 My obsession with edible seaweeds started as a hobby.

As a way to get some perspective after burning myself out running a digital publishing company. That was back in 2004.

And that obsession has stayed ever since.

By some curious twist of fate, I found myself teaching people how to forage for seaweeds and wild edible plants.

Since you’ve read this far, I am assuming you have an interest in edible seaweeds.

And if you’re like most people, the chances are that they all look the same, right.

Most likely you have the eternal question running around your brain…

Well, that depends on what you mean by edible?

As I am fond of saying… “Edible doesn’t necessarily mean tasty”.

I don’t know about you, but I’m only interested in lip-smacking, gourmet delights when it comes to seaweeds (in fact food of any kind!).

Sure… all seaweeds that you find around the coast ARE edible.

There’s a couple of poisonous ones out in deep water, but the only way you’d come across them is if you picked up seaweed on the beach, that had been blown in by the tide.

And one thing you must never do is eat driftweed!

Some of it might look nice and fresh, but trust me, looks can deceive.

Just don’t do it.

To really put you off… think how many dogs might have peed on it… or worse!

Hopefully, I’ve made my point!

Some of those so-called edible seaweeds will make your toenails curl!

As in, holding your nose and swallowing quickly, just to get the stuff into your belly.

No, that’s not what I mean at all.

I teach folk how to thrive in the wilds.

And that means, finding exquisite culinary delights, that are free to gather.

So, how about I take you on a little journey.

A tour of the top 16 British edible seaweeds.

You know, discover the ones that are truly delicious.

The ones Michelin-starred chefs describe as “truffles of the ocean”.

That’s what I wanted to discover when I was first got into seaweeds.

I wanted to discover the real epicurean delights of the ocean.

If you do too…