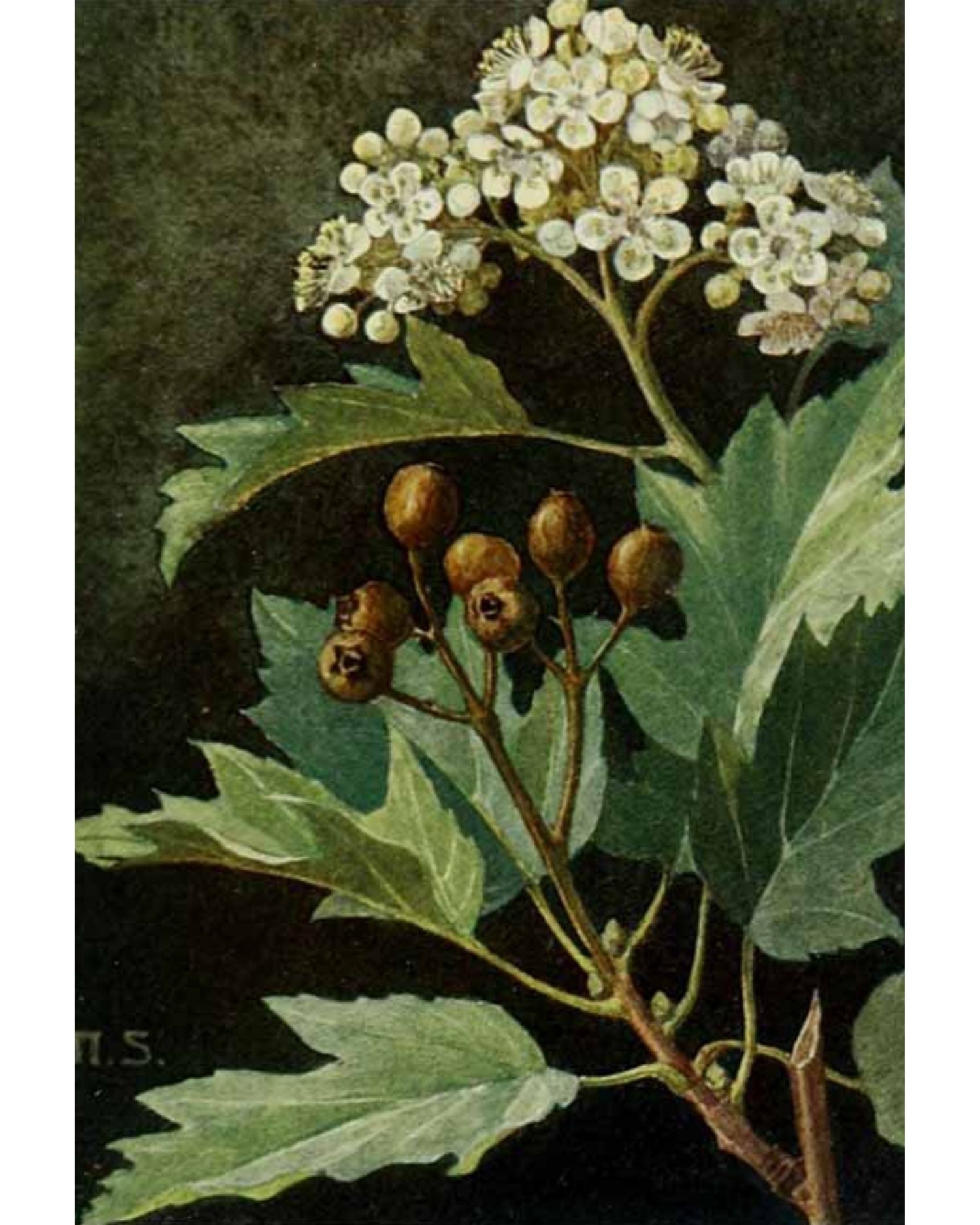 The Wild Service tree has earned its name from the Latin cervisia, because people used its small fruit in ancient times to make a fermented, beer-like liquor.

In The Complete Book of British Berries, David C Lang writes that the name service-tree derives from the Latin word for beer, cerevisia, because the Romans used the fruit of the related true-service tree (Sorbus domestica) to flavour beer.

The Wild Service tree is one of the most local and retiring of our native trees, and knowledge of the fascinating history of its fruits has only recently been rediscovered.

Mabey goes on to say that the tree is also known as the Chequers tree, which once referenced the traditional name for a pub, Chequers when the chequerboard was a symbol for an inn or tavern in Roman times.

As a native British species, the tree is now quite rare, and its presence is an indicator of ancient woodlands.

The branches give the appearance of a tall, domed, spreading crown as the tree reaches heights of 20 m and a girth of 3 m. The bark is dark brown to pale grey and the leaves are dark green with two to five pairs of toothed pointed lobes. The small, apple- or pear-shaped berries are hard and bitter at first, until bletted in autumn frosts and become softer, sweeter and brownish-speckled in appearance.

This deciduous tree is now rare in Britain. It can be found in Ash and Oak woods, it is an indicator of ancient woodlands. It favours clay or limestone soils.

The fruit are best picked after the first autumn frosts.

In Medieval England and Wales, when the Wild Service tree was widespread in lowland woods, the berries were used in jams, preserves and liqueurs.

In the 19th century, the fruits were sold as chequers as the tree was commonly known in the Weald of Kent.

The berries may be eaten fresh, or raw, after the first autumn frost, when overripe, or made into jams, jellies, syrups, conserves, vinegars and wines.

Sorbus fruits are an important source of vitamin C.

While the Wild Service tree has been the subject of several studies to test the antioxidant activities of the fruit, its most unique property appears to be in the fruit’s ability to inhibit acetylcholinesterase (AChE).

Inhibition of AChE is a potential strategy for neurodegenerative disorders such as Alzheimer’s disease. Wild Service tree fruits have demonstrated sufficient antioxidant and AChE inhibitory activity, but further research will determine whether or not the fruit extracts could be used as a supplement in the treatment of Alzheimer’s disease.

Wild Service tree is a valued hardwood in Europe. The fine-grained wood is dense and pliable. Past uses include making screws for wine presses, billiard queue sticks, musical instruments and turnery. Modern uses are largely for decorative veneers.

There is little information on the possible toxicity and side effects of eating Wild Service tree berries.